Today (14 June 2019), Mr Justice Dove has handed down judgment in one of the first statutory review challenges to consider the Revised National Planning Policy Framework, since its publication in July 2018.

The High Court quashed the Secretary of State’s decision (contrary to his Inspector’s recommendation) to refuse planning permission for residential development for 203 dwellings in Woburn Sands, Milton Keynes.

In short, decision-makers applying NPPF 11d will now have to apply what may be described as a “holistic” approach to decision making. As the judge said:

“Having established which are the policies most important for determining the application, and having examined each of them in relation to the question of whether or not they are out of date applying the current Framework and the approach set out in the Bloor case, an overall judgment must be formed as to whether or not taken as a whole these policies are to regarded as out-of-date for the purpose of the decision.”

Further, it is incumbent upon decision-makers to explain how they have calculated housing land supply: a simple figure will not suffice

Wavendon Properties brought a claim for statutory review seeking to quash the decision of the Secretary of State for Housing, Communities and Local Government to dismiss its appeal for a residential development of 203 dwellings in Woburn Sands, Milton Keynes.

The Inspector had identified that the presumption in favour of sustainable development was engaged, by reason of a failure to demonstrate a five year supply of housing land, and further identified that two settlement boundaries policies (in a Local Plan and a Neighbourhood Plan respectively) were out of date.

He recommended that permission be granted.

In interim post-inquiry correspondence prior to the decision, the Council first conceded that it did not have a five year supply of housing and did not provide any evidence to correct submissions made the Appellant identifying that the Council’s housing land supply was below 5 years.

The Decision Under Challenge

The Secretary of State’s decision:

(a) agreed that the settlement boundary policies were out of date;

(b) identified that the Council’s “measured estimated deliverable supply is roughly in the region of 10,000– 10,500” (a figure in excess of 5 years, but with no further explanation of the working)

(c) did not identify that the presumption in favour of sustainable development was engaged.

The Appellant brought a claim on various grounds including:

(2) Failure correctly to interpret NPPF Glossary on “deliverable” supply, including a failure to give reasons:

The Judgment: Interpretation of NPPF 11d: “The Most Important Policies for Determining the Application Are Out-Of-Date”

Paragraph 58 provides the judge’s core reasoning on the interpretation of NPPF 11d:

“…The language does not warrant the conclusion that it requires every one of the most important policies to be up-of-date before the tilted balance is not to be engaged. In my view the plain words of the policy clearly require that having established which are the policies most important for determining the application, and having examined each of them in relation to the question of whether or not they are out of date applying the current Framework and the approach set out in the Bloor case, an overall judgment must be formed as to whether or not taken as a whole these policies are to regarded as out-of-date for the purpose of the decision. This approach is also consistent with the Framework’s emphasis (consonant with the statutory framework) that the decision-taking process should be plan-led, and the question of consistency with the development plan is to be determined against the policies of the development plan taken as a whole. A similar holistic approach to the consideration of whether the most important policies in relation to the decision are out-of-date is consistent with the purpose of the policy to put up-to-date plans and plan-led decision-taking at the heart of the development control process. The application of the tilted balance in cases where only one policy of several of those most important for the decision was out-of-date and, several others were up-to-date and did not support the grant of consent, would be inconsistent with that purpose.”

On the specific facts, the judge declined to quash the decision on the basis of a failure to identify that the presumption was engaged, on the facts in this case.

Paragraphs 67 and 68 provide the core reasoning on the interpretation of “deliverable”. The judge noted that the facts were unusual, but nonetheless, identified

Separate observations were made, at [69] as to the application of the Court of Appeal’s decision in Hallam Land Management Limited v SSCLG & Eastleigh Borough Council [2018] EWCA Civ 1808; [2019] JPL 63:

The judge therefore determined that the decision should be quashed. 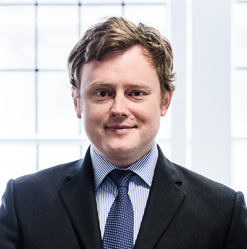