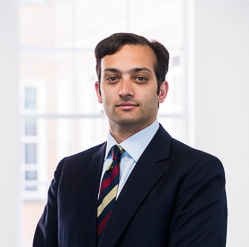 Neil is dual qualified in Medicine and Law. His medical career began in the Royal Army Medical Corps and he has practised both within the military and in the civilian world. He has over a decade of experience as a doctor, having specialised in Orthopaedics and Major Trauma. Neil’s most recent medical appointment was that of Honorary Consultant Trauma Co-ordinator for the Major Trauma Service at University Hospitals Birmingham, which hosts the Royal Centre of Defence Medicine.
In addition to his clinical work, Neil was appointed a Medical Member of the Medical Practitioners Tribunal in 2016; he continued to sit in this capacity until 2022.
Inquests form a significant part of Neil’s practice; especially those where the quality and appropriateness of clinical care has been brought into question. In this arena, his medical expertise comes to the fore. Recent cases include those in which subsequent disciplinary hearings loom large.
Neil has developed an understanding of a wide range of issues related to disciplinary matters. These include those relating to performance or dishonesty, right through to cases involving serious criminal offences. He regularly accepts instructions from the NMC and is happy to take instructions across the board of healthcare professional bodies.
He brings to his legal practice his medical knowledge and experience. He is, not only, skilled at analysing medical records but also benefits from his own personal experiences of the realities of working within the clinical setting. This combination of experiences makes him uniquely suited to healthcare regulatory matters.
Appointments
Medical Member, Medical Practitioners Tribunal Service – 2016-2022
Member, Human Fertilisation and Embryology Authority’s Appeals Committee
Approved Panel Chair for Disciplinary Sub-Committee Hearings of the Conservative Party
Awards
Baron Dr ver Heyden De Lancey Prize, Middle Temple, 2018
Certificate of Honour, Middle Temple, 2018
Diplock Scholar, Middle Temple, 2017
Memberships
The Honourable Society of the Middle Temple
Personal Injury Bar Association
General Medical Council
Royal College of Surgeons of England
British Medical Association
Medical Protection Society
Birmingham Medico-Legal Society
Fellow of the Royal Society of Public Health
Qualifications
Bar Professional Training Course, University of Law Birmingham (2017-2018): Outstanding
Graduate Diploma in Law, University of Law Birmingham (2016-2017): Commendation
Diploma in Legal Medicine, Faculty of Forensic and Legal Medicine (2015)
Postgraduate Diploma in Trauma Sciences (Military & Austere), Queen Mary University of London (2014): Distinction
Diploma in the Medical Care of Catastrophes, Worshipful Society of Apothecaries (2012)
Membership of the Royal College of Surgeons (2012)
Bachelor of Medicine, Bachelor of Surgery, University of Nottingham (2007)
Bachelor of Medical Sciences (Hons), University of Nottingham (2005)


Date: Tue, 03 Aug 2021
Judge dismisses case at half-time in a claim for personal injury suffered by a healthcare worker at an NHS Trust
Neil Shastri-Hurst recently successfully represented an NHS Trust in a Multi-Track claim, in which the Claimant’s case was dismissed following half-time submissions that there was no case to answer....