Patient confidentiality – to breach or not to breach?

Home > Media > Publications > Patient confidentiality – to breach or not to breach?

In 2007 C’s father (XX) killed his wife, C’s mother. He was made the subject of a hospital order. He was treated by D1’s multidisciplinary team. In 2009 his care was transferred to Dr O, a consultant forensic psychiatrist. C took part in family therapy sessions through D2. There was a suspicion that XX had Huntington’s disease but he refused to undergo genetic testing. He did not want C or her sister to know. His patient confidentiality was respected by D1 and D2. About this time C became pregnant. In 2013 C tested positive for Huntington’s. C was accidentally informed that XX had tested positive.

The GMC had issued relevant guidelines in relation to patient confidentiality in 2004 and 2009. (There are now 2017 guidelines.) Specific guidance had been given by the relevant professional bodies in the fields of genetics and psychiatry.

C claimed in negligence and under the Human Rights Act 1998 for breach of Article 8 of the European Convention on Human Rights against 3 NHS trusts for failing to alert her to the risk that she had inherited from her father the Huntington gene in time for her to terminate her pregnancy. It was held that the human rights claim added nothing to the claim in negligence. C sought damages for the continuation of her pregnancy, psychiatric damage and consequential losses.

The case was in the Court of Appeal in 2017 where it was determined that the Defendants did have a case to answer. The claim went to trial and judgement was handed down by Yip J on 28.2.20.

The Judge dismissed C’s claim against all 3 Defendants. In the end no allegations were made against D3. She found (para 138) that C was a patient of D2’s family therapy team. Even if better described as a “participant” in family therapy she found that position directly analogous to the situation of a patient undergoing therapeutic intervention. The therapy was provided by D2 as part of the health service it offered and the duty to patients to deliver that service competently and with professional skill and care applied to all those undertaking the family therapy. The Judge regarded that as applying established principles to a new factual situation rather than recognising a novel duty.

Participation in the therapy did not bring with it a right to receive confidential information about other participants such as XX in the same way that C had been told that she could discuss matters in confidence without XX being told (para 141). In fact, the family therapy team took the view that the C ought to have been informed about her father’s diagnosis but did not because the responsibility in deciding whether to maintain confidentiality lay with Dr O as the doctor responsible for XX’s clinical care. Dr O had received that information in that role - not as part of the family therapy. C was not in a doctor-patient relationship with Dr O but remained a third party to the relationship between each of the defendants and XX (para 143).

The Judge considered whether a duty was owed to C and held that it would be inappropriate for her to attempt to define the limits of any duty of care owed by doctors to those who are not the patients. That was not the way in which the incremental development of the common law operated. The duty contended for by C was not a free-standing duty to disclose genetic information. Any duty could arise only where the outcome of a proper balancing exercise required XX’s confidentiality to be overridden. The Judge considered examples such as the child abuse cases and those where vasectomies had failed (paras 167 – 169) and concluded that the courts had been willing to recognise that doctors or health authorities might owe a duty of care to persons other than their primary patient but that such a duty could only arise where there was a close proximal relationship between claimant and defendant.

The Judge found no close proximal relationship between D1 and C. The position of D2 was different. C’s participation in the family therapy was an important fact. D2’s clinicians had significant information about C - the circumstances of her father’s offence, its effect on C, the family dynamics and the lack of support available to her. There was therefore a close proximal relationship between C and D2. The risk of harm to C if information about her genetic risk was withheld was foreseeable and had been foreseen by D2. The Judge concluded that it was fair just and reasonable to impose on D2 a duty to balance C’s interest in being informed of her gender genetic risk against her father’s interest in preserving confidentiality and the public interest in maintaining medical confidentiality generally. Any claimed duty would necessarily be tested by reference to the Bolam/Bolitho principles.

If defendants properly conducted a balancing exercise in accordance with professional guidance and reasonably concluded that disclosure should not be made, they will have discharged their duty even though others may have taken a different view. Courts will recognise the pressures of day-to-day clinical practice and afford latitude to clinicians taking these difficult decisions.

The Judge carefully analysed C’s evidence at trial and, while accepting the truthfulness of her evidence, concluded that her contention that she would have sought genetic testing and arranged an abortion was reached with the benefit of hindsight and would not have been her decision at the time. Causation was not proved. It is interesting to note that C decided not to inform her sister the situation at the time.

There is a balance to be struck between breaching patient confidentiality and the interests of a third party in being informed of facts which breach that confidentiality.

Clinicians will need to take account of professional guidelines. The decision will be judged according to Bolam/Bolitho principles. Reasonable latitude will be afforded to busy clinicians at work.

Decisions in this sort of case are fact sensitive. 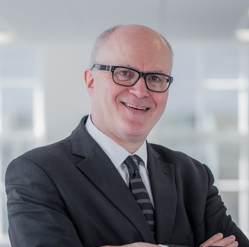