Mr Justice Morris dismissed the Defendant’s appeal seeking to overturn Master Rowley’s decision that a Calderbank Offer without a time limit was capable of being accepted two days into a detailed assessment hearing.

The Claimant sustained a severe hypoxic brain injury at the time of his birth. A clinical negligence claim was brought on his behalf and liability was settled in March 2017. Detailed assessment proceedings in relation to liability costs commenced in April 2018.

On 19th August 2019, the Defendant wrote to the Claimant’s solicitors and reiterated an earlier offer it had made in relation to costs in September 2018 amounting to £440,000. Additionally, it said that this offer ‘is only capable of acceptance subject to the agreement of the Defendant’s costs of the Detailed Assessment incurred since that date’.

The matter proceeded to the detailed assessment hearing before Master Brown on 17th September 2019. By lunchtime on the second day, it had become apparent that the Claimant’s bill would be assessed at less than £440,000. That afternoon, the Claimant’s solicitors wrote a letter and sent an email purporting to accept the Defendant’s August offer. They also agreed to pay ‘the Defendant’s reasonable costs of Detailed Assessment’.

The next day, Master Rowley heard arguments from the parties as to whether the offer was capable of acceptance. He noted that the Defendant’s offer was not a Part 36 offer. If it had been, the Court’s permission would have been required to accept it during the hearing. He also observed that the Defendant could have made a time-limited offer (a ‘time-bomb offer’) but did not. He said that common law principles govern Calderbank offers and all that is required is offer and acceptance. He therefore concluded that the matter was compromised. Master Rowley granted permission to appeal because he considered there to be ‘some other compelling reason’ to consider the matter further; that being that with e-bills, parties are able to see much more easily how their case is fairing while the hearing is underway.

It does not necessarily follow from this decision that all unwithdrawn Calderbank offers without time-limits will be capable of acceptance during the course of a hearing. Much of Morris J’s decision is based on the text of the particular offers made in the course of these proceedings. It is, however, a clear reminder of the importance of keeping a careful eye over what offers have been made and what they actually say. 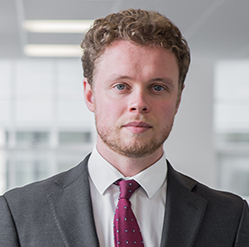