From employed to self employed Barrister

Home > Media > Publications > From employed to self employed Barrister

Moving from the employed to self-employed Bar is always a daunting prospect. The benefits of being an employed barrister are persuasive – a regular and stable income, a good pension and annual leave are some of the benefits. However, for me, the desire to be self-employed, to have control of my practice and the ability to prosecute and defend meant that in early 2022 I decided to apply for tenancy at No5. In March 2022 I officially joined Chambers as a tenant in the crime group where I now prosecute and defend as well as conducting regulatory work.

Prior to joining Chambers I was employed as a pupil and then Crown Prosecutor at the Crown Prosecution Service. As part of my role as a Crown Prosecutor I regularly conducted file reviews for Magistrates Court matters as well as prosecuting all types of hearings in the Magistrates Court. Around Christmas 2021 I started to think about moving to the self-employed Bar. I wanted to be able to both prosecute and defend and I also wanted a Crown Court practice. I started to have conversations with other barristers about making the move. The advice from them all was similar, that I needed to ensure I had sufficient funds to allow for the delay in being paid once you’re self-employed but that my career would progress much faster at the self-employed Bar.

I decided to apply to No5 as I knew, from completing a secondment during pupillage with them that they had an excellent reputation as a criminal set and that their members were very supportive. For the first few weeks of tenancy I shadowed various different members of Chambers in the Crown Court, observing both prosecution and defence work. After a few weeks I started my own work, prosecuting and defending in the Crown and Magistrates Court. I am a Level 2 prosecutor, meaning that I can prosecute matters such as committal for sentences, appeals and straightforward trials. I have prosecuted trials such as money laundering and ABH. My defence practice is also starting to develop. I have defended committal for sentences, PTPH’s and trials for offences such as possession with intent to supply, robbery and Section 18. I know that doing both prosecution and defence work has made me a much better advocate.

To conclude, would I recommend moving from the employed to self-employed Bar? Absolutely. Of course, there are risks – there is a delay in income and you have to think about things like VAT returns and tax; but the positives far outweigh any negatives. I am so pleased with my decision to move to the self-employed Bar and know that it was the right decision to join No5. 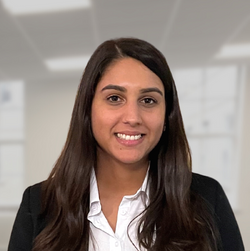 
Date: Fri, 05 Mar 2021
Withdrawing from a Case
A new authority from the Court of Appeal has offered guidance to Counsel on what their professional obligations are when a defendant’s case changes part way through....