This paper considers the issues that may arise once an agreement for construction work has been agreed and work commences particularly with regards the right to payment, variations and the impact any delay may have.

The contractor’s right to payment will of course depend upon the wording of the contract, subject to limited statutory intervention. Within the limits of legality parties may fundamentally agree what arrangements they please but broadly there are three broad heads under which the right can arise:
(i) A lump sum contract;
(ii) An express contract other than for a lump sum;
(iii) A claim for a reasonable sum, quantum meruit.

If a contractor agrees to do an entire project according to a specification which consists of 40 items for a lump sum of £40,000 and fails to carry out 20 of the items, they will obviously not be entitled to recover the whole of the £40,000. The employer may consequently have an action against him for damages.

But is the contractor entitled to recover any of the £40,000? Can the employer simply refuse on the basis it was agreed the contractor would complete all 40 items and be paid upon completion thereof? The works remain incomplete and therefore the trigger for payment has not been reached.

Alternatively, can the employer rely on the same argument where only 2 out of the 40 items have been omitted? These problems which have greatly exercised the courts require discussion of entire contracts and substantial performance.

Whether a contract is an entire one is a matter of construction. Clear words are needed to bring an entire contract into existence.

In Sumpter v Hedges [1898] 1QB 673 the builder contracted to construct buildings on the employers land for a lump sum. After completing part of the work it abandoned the contract and claimed a right to be paid in respect of the partially completed work on a quantum meruit basis. Its claim was rejected in the absence of any inference of a fresh contract to pay for it.

(i) Instalments
A contract which gives the contractor an enforceable right to instalments cannot be an entire contract because the contractor has the right to call for fulfillment of that part of the employer’s promise, i.e. part payment, before he entirely completes the works.

The right to instalments may arise expressly or by implication. The nature of the right under an express provision is of course a matter of construction.

This however again depends upon the words of the contract.

(iii) Value Added Tax
Whether a price for a construction contract is inclusive or exclusive of VAT must depend upon the terms of the particular contract. There is no implied term that prices generally are exclusive of VAT.

Where both parties to a contract operate within the construction industry it has been held that there is a custom that prices quoted are exclusive of VAT, Tony Cox (Dismantlers) v Jim 5 Ltd [1997] 13 Const.L.J.209.

By contrast, in a contract between a builder and a private individual, the prices were deemed to be inclusive of VAT,Franks and Collingwood v Gates [1983] 1 Con.L.R 21.

(iv) Recovery of Money PaidIf the employer pays money under a contract which the contractor fails to complete, the employer can recover that money if there has been a total failure of consideration arising out of the contractual duties in respect of which the payment is due.

If the employer has received any of the benefit bargained for from performance by the contractor, there has not been a total failure of consideration and any payment is not normally recoverable even though it was made in advance of performance. In such circumstances the employer can of course claim damages for breach of contract.

The combined effect of the rules relating to recovery of money paid and damages for breach of contract can operate somewhat capriciously to favour employer or contractor according to whether the contract price was high or low, and the value of the partial performance by the contractor in relation to the amount of money paid.

In the ordinary lump-sum contract the employer cannot refuse to pay the contractor merely because there are a few defects or omissions. If there is substantial completion it must pay the contract price (subject to any unfulfilled condition precedent imposed by the contract such as an architect’s certificate) subject to a deduction by way of set-off or counterclaim for defects.

In Hoenig v Isaacs [1952] 2 ALL ER 176 CA the claimant was employed to decorate a one-room flat and provide it with certain furniture for £750, the terms of payment being “net cash, as the work proceeds, and balance on completion.” The claimant claimed it had carried out the work under the contract and requested payment for the outstanding balance of £350 of the contract price. The defendant entered into occupation of the flat and used the furniture but refused to pay, complaining of faulty design and poor workmanship. The Official Referee found that the door of a wardrobe required replacing, and that a bookshelf, which was too short, would have to be remade, which would require alterations being made to a bookcase. He held that there had been substantial compliance with the contract and awarded £294, being the £350 claimed less £56, the cost of remedying the defects. This finding was upheld by the Court of Appeal which rejected the defendant’s contention that there had been non-performance of an entire contract, and that therefore the claimant was not entitled to any further payment under the contract, but could only claim on a quantum meruit.

When a contract provides for a specific sum to be paid upon completion of specified work, the courts tend to steer clear of a finding that would deprive the contractor of any payment at all simply because there are some defects or omissions. In order for the Court to find otherwise the contract will require words at least as strong as “complete in every particular” or similar.

What is Substantial Completion?
One test to be applied is whether the work is “finished” or “done” in the ordinary sense even though part of it is defective. In so deciding consideration will be required of both the nature of the defects and the proportion between the cost of rectifying them and the contract price.

It is not therefore sufficient to consider the cost of rectification alone:

Kiely and Sons v Medcraft [1965] 109 S.J.829 CA
The contract price was £520 and the cost of remedying the defects was £200, the Court of Appeal upheld a finding that there had been substantial completion.

Bolton v Mahadeva [1972] 1 WLR 1009,CA
Where the cost of remedying defects was £174 against a contract price of £560 the Court of Appeal allowed an appeal against a finding that there had been substantial completion. The contract was to provide central heating and the defects were such that the system did not heat the house adequately and fumes were given out so as to make living rooms uncomfortable. The works was ineffective for its primary purpose.

The rule that a contractor who has not substantially completed cannot recover payment has been said to cause hardship to a contractor. However he has only to remedy the defects before seeking to resort to litigation to recover the lump sum.

(i) Express Agreement
If there is an express agreement, its terms will govern the contractor’s right to payment. Where the position is unclear, the court may nevertheless spell out an agreement by conduct. Furthermore an implied promise to pay a reasonable sum for the work done can arise from acceptance or waiver.

(ii) Acceptance
If a contractor can prove a fresh contract to pay for the work done he can recover on that contract. Such a contract may be inferred from the acceptance by the employer of the work done with the full knowledge of the failure to complete, but it is difficult to prove acceptance from mere occupation and use of the works.

(iii) Waiver
It is always open to a party to waive a condition which is inserted for his benefit. Even if entire performance is condition precedent, in Hoenig it was held the employer by entering into occupation and using the furniture had waived the condition and could no longer rely on it.

(iv) Unpaid Instalments
The cancellation or rescission of a contract in consequence of repudiation does not affect accrued rights to payment of instalments of the contract price, unless the contract so provides.

• Generally
The manner of payment can be arranged in a variety of ways and it is impossible therefore to attempt any exhaustive classification. 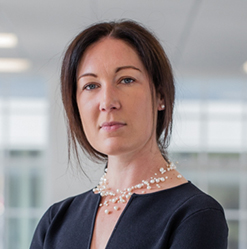 
Date: Tue, 08 Nov 2022
The Procurement Bill – a first look
In response to the first draft of the new Procurement Bill, Jorren Knibbe highlights key points in the legislation that will eventually repeal the Public Contracts Regulations 2015 and create a single Procurement Act for the whole of the UK....


Date: Fri, 13 May 2022
All fair in love and liquidation
Alexander Heylin and Annie Townley successfully acted in the trial on behalf of the 6th and 7th Respondents against whom all claims were dismissed...