The Court of Appeal has allowed the Claimant’s appeal in Clive Bellman (A Protected Party By His Litigation Friend Nick Bellman) v Northampton Recruitment Limited (2018) EWCA Civ 2214, in a decision that involves a redrawing of the limits of vicarious liability for the violent conduct of an employee.

The facts of the case are both highly unusual and tragic. The Claimant and M, the Managing Director of the Defendant company, were longstanding friends. The Defendant company employed the Claimant as a Sales Manager. The Defendant held a Christmas party at a golf club. Some but not all of the guests decided to go to a hotel, where some of the guests were staying for more drinks. In the early hours, an argument arose between the Claimant and M in relation to work related matters and the employment terms of a fellow employee. M called over his fellow employees and began to lecture them about how he was in charge and would do what he wanted to do before being verbally challenged by the Claimant. M punched the Claimant twice, with the second assault causing the Claimant to sustain a serious brain injury.

At first instance, Judge Cotter QC dismissed the claim on the basis that M was not acting in the course of his employment when he assaulted the Claimant. Whether the conduct occurred during work hours was not a conclusive factor. The essential issue for the Court to address was the nature of the employee’s job and whether there was a sufficient connection between the position he was employed in and his wrongful conduct to make it right for the employer to be held liable under the principle of social justice. A fact specific evaluation was required and the context, time and location of the incident were all factors to be weighed up.

Judge Cotter QC expressed the view that the assault was committed after a social event when the obligation to attend and participate had ended, the drinks at the hotel were entirely optional and spontaneous, merely raising a work related topic at a social event did not have the effect of changing the interaction between colleagues into something in the course of employment and that there was a temporal and substantive difference between the party at the golf club and the drinks at the hotel.  There was an insufficient connection between the assault and the position in which the director was employed to render the Defendant liable and, accordingly, the claim was dismissed.

The Claimant appealed on the basis that there was a sufficient connection between M’s position as managing Director and his wrongful conduct to render the Defendant liable under the principle of social justice.

The appeal was allowed.

The Court of Appeal confirmed that in applying the “sufficient connection” test, the court had to make an evaluative judgment in resolving a question of law based upon primary facts found.

When assessing the functions or fields of activities entrusted to the employee, it was necessary to address the issue broadly.  Context, timing, location and circumstances were all relevant but not individually conclusive factors. Furthermore, Mohamud v WM Morrison Supermarkets PLC (2016) made it clear that the issue was not what the employee was expressly authorized to do.

Here, M’s functions were widely drawn. He was the directing mind and will of a relatively small ‘ round the clock” company, he had responsibility for all management decisions, his managerial authority was a central part of his role, he had no set hours, controlled his own methods of work and spent much of his time working on company business or being available for consultation. His authority and remit were very wide.

As regards the connection between the functions of M and his conduct, the Court of Appeal overruled Judge Cotter QC and found sufficiency of connection. The drinks party at the hotel occurred on the same evening as a work event paid for and orchestrated by M, he had fulfilled his management duties for a large part of the evening and was not merely a fellow reveller and was present as the Managing Director whose field of activity was almost unrestricted. When M’s managerial authority was challenged, he summoned the employees present, decided to exercise his authority over them and emphasised the extent and nature of his authority with a view to quelling any dissent. There was no suggestion that his behavior was generated by a personal grievance against the Claimant and his conduct arose from an abuse of the position entrusted to him as Managing Director.

The Court of Appeal was quick to confirm that the instant case was not an authority for the proposition that employers became insurers for the violent conduct acts of their employees and that liability would not arise simply because of an argument about work related matters between colleagues of differing levels of seniority. The combination of circumstances in the instant case would arise very rarely.

It seems that the breadth of the employee’s authority, his entitlement to exercise his authority and his conduct in asserting his authority in such circumstances were the critical factors that lead to the success of the appeal. A very interesting and perhaps sympathetic decision for the Claimant but one that is very highly likely to be limited to such rare facts. 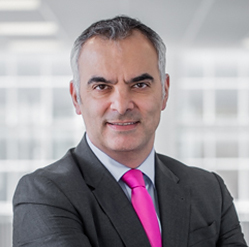