A man has been jailed for the fatal stabbing of a father-of-two in a trial prosecuted by two counsel from No5 Barristers’ Chambers.

Mark Heywood QC and Tim Harrington led the prosecution in the trial of illegal immigrant Warsame Ahmed Mohamed, 24, of no fixed abode.

The Somali national was jailed over the fatal stabbing of Zakir Nawaz, 21, who was attacked in Washwood Heath on September 10, 2016. Nawaz’s second child had been born just ten days earlier.

Mohamed was due to stand trial for murder but a late guilty plea to charges of manslaughter and violent disorder was accepted by prosecutors.

He is the second man to be jailed over Mr Nawaz's death. Waseem Raja Azram, 29, from Ward End, was jailed for two years in 2017 after admitting violent disorder.

Mr Nawaz was being driven by a friend when they were involved in a minor collision with another vehicle - which contained the defendant and did not stop. Mr Nawaz went looking for those responsible and there was a confrontation in Highfield Road. During the incident, Mohamed kicked at Mr Nawaz and moments later, the victim was stabbed in the chest by another man. Mohamed fled the country following the death.

Mr Mark Heywood told the court that the defendant later came back to the UK and was arrested in January 2018 by Thames Valley Police.

To read more about the case, visit : https://www.birminghammail.co.uk/news/midlands-news/illegal-immigrant-jailed-after-fatal-16562508#ICID=ios_BMNewsApp_AppShare_Click_MailShare

Mark Heywood QC and Tim Harrington are both members of the Crime group at No5 Barristers’ Chambers. 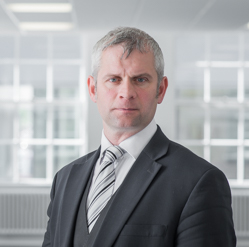