Mark is a pupil in the Family Group. Mark’s pupil supervisor is Richard Hadley.

During his first six, Mark has observed a wide range of public law and private law children’s work.

What did you do before you started pupillage with No5?

Prior to starting my pupillage, I worked for the University of Law delivering talks at universities across the UK regarding the Bar Course. My role was targeted at recruiting students for the university Bar Course and included the requirement to interview next year’s cohort of Bar students. In total I conducted approximately 150 interviews across the year!

How would your family and friends describe you?

My family often say that I’m full of energy and they always tell me that I could talk for Britain. I’m a confident person and I’m very interested in politics, so they would probably mention my debates (perhaps arguments is the more apt word!) with my parents and grandparents.

I would like to think that my friends would describe me as enthusiastic and hardworking. I like going out with friends for food and drinks so I’m sure that they would say that I’m a sociable person as well. I’m also a big Chelsea fan, so depending on who you ask, they would probably mention my alleged boasting when they win!

You have spent all of your pupillage under Covid restrictions. What additional challenges has this presented?

I think the biggest challenge has been the requirement to work from home. When you are a “newbie” in any organisation, it’s important to build relationships and friendships early on and the pandemic has made this more difficult. In addition, as many hearings have moved online, during my first six there were certain aspects of cases which I was unable to observe. I’m a bit reluctant to complain about these challenges as I’ve had a fantastic pupillage so far and I’ve been blown away by the support which has been offered to me.

What has been your most interesting case so far?

I have had a lot of interesting cases, but on balance I think my most interesting case was a two-day private law fact-finding hearing. I represented a father who was facing allegations of domestic abuse. The allegations spanned a prolonged period of time and I felt that the evidence was finely balanced. I really enjoyed working through all the statements and police disclosure. It was a challenging brief, but my client avoided any findings, so I was naturally very pleased with the outcome.

What do you wish you had known before joining the Bar?

I did lots of research before joining the Bar and my previous job required me to have a good understanding of the Bar and the various challenges that it poses. During my pupillage, I’ve realised just how long the learning process continues. A few senior members of chambers have told me that advocacy is a skill which is developed over 10 to 15 years. I think it’s easy to lose sight of the fact that you are not expected to know all the answers on day one and that it’s not uncommon for experienced barristers to ask one and other for help and advice.

Where do you see yourself in ten years’ time?

Hopefully practising as a tenant at No5! I have just under three months left of my pupillage, so I am currently focussing on completing that, but I would ultimately like to have developed a strong family practice here in Birmingham. I don’t have any plans to specialise in a particular area of family law at the moment. I think each area requires different skills which compliment one and other. Ideally, I would like to maintain as broad a family practice as possible for the foreseeable future.

What are you most looking forward to when life gets back to normal?

I mentioned earlier that I’m a sociable person, so I’m excited that we’ll soon be able to return to normality and socialise in a way in which we used to before the pandemic. I like going out with my friends and family so I’m looking forward to that returning without any or at least very few restrictions. I’m hoping that I can organise a big family get together here in Birmingham once the restrictions have been lifted.

Finally, if a genie granted you three wishes, what would you wish for?  (You are not allowed infinite wishes!)

It has been such a difficult year for so many, my first wish has to be for my family and friends to remain in good health. I’d also make a personal wish that I can successfully finish off the remainder of my pupillage and be awarded tenancy. Finally, there’s no way that I can answer this question without wishing for Chelsea to win the Premier League next year and retain the Champions league (or does that count as two)! 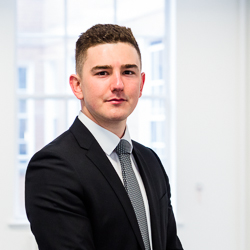