Graham Henson and Harry Lally of No5 Barristers’ Chambers are defending two members of the gang accused of stealing £2.7m of art and antiques from the mansion of Bulmers’ cider family.

Eleven men are standing trial at Bristol Crown Court where they have denied stealing millions of pounds of artwork and antiques from the luxury family home of Esmond and Susie Bulmer in Bruton, Somerset, in 2009.

The prosecution told the court that two of the defendants were builders carrying out work on the property and alleged that they ‘planted the seed’ that it would be a soft and lucrative target. The burglary was described as a sophisticated operation that needed a lot of people.

The jury was shown a graphic where each of the defendants was assigned a colour, which the prosecution said was ‘a bit Reservoir Dogs’.

Graham Henson is a member of the Crime group at No5 and has significant experience of defence work in major criminal cases of all types.

Harry Lally is also a member of the Crime group at No5 and practices in all areas of criminal law, specialising in conspiracies, white collar crime and serious fraud.

The trial is expected to last for four weeks. Follow the link to read a report of the trial so far on the BBC’s website: https://www.bbc.co.uk/news/uk-england-somerset-44471188 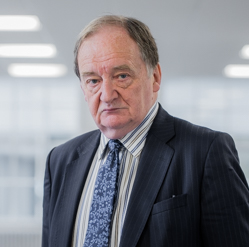