Homes for Ukraine could cause more questions than answers, Jennifer Blair warns

Jennifer Blair of No5 has called on the UK Government to offer more clarity on the Homes for Ukraine scheme, after the number of volunteers opening their homes to Ukrainian nationals surpassed 100,000.

Announced by the Government earlier this week, the Homes for Ukraine scheme will see households offered £350 a month, tax-free if they host a refugee. However, hosts will not be expected to provide food and living expenses and from Friday will open to those who know a named individual from Ukraine. Jennifer has also co-founded the Ukraine Advice Project, has warned that the scheme has more questions than answers for all involved.

Jennifer said: “The UK Government has been slower than other countries at responding to the growing crisis in Ukraine. On the surface, the Homes for Ukraine scheme will allow for thousands of vulnerable Ukrainian nationals to enter the UK, however, the reality is that the new scheme will face an admin bottleneck and local resources and training are needed for it to run successfully.

“The priority of the scheme must be on the safeguarding of those entering the UK, however, there is a risk that this could be under threat. Because the scheme will first open to ‘pre-matched’ cases, refugees have been using social media to find hosts. We must not allow unaccompanied children or refugee women, for example, to be put at risk of human trafficking or abuse. Before Ukrainians are welcomed into the homes of volunteers, the Government must announce ways in which homes will be fully vetted.”

To support refugees, Blair co-founded the Ukraine Advice Project. The initiative has been set up to provide a free service to connect people fleeing Ukraine with free legal advice on UK immigration, visas and asylum from qualified and regulated lawyers. In its first two weeks, the project has already received almost 1,000 enquiries which, according to Blair, raise further questions on the UK’s response to the crisis.

“When thinking about the longevity of the Homes for Ukraine scheme, which has already seen MPs promise that Ukrainians with no family or other links to the UK will also be hosted, questions must be asked about what happens after the initial six-month period. For example, what if the host’s circumstances change? Or what if refugees are unable to cover food or living expenses when they arrive? Until the Government clarifies this, questions will only continue to be asked.”

One quick solution, according to Blair, would be to remove Ukraine from the list of visa nationals – a list of countries that require a visa upon entering the UK for the first six months. “As it stands, Ukraine is one of the countries listed as requiring a visa to enter the UK,” Blair added. “For perspective, countries like Brazil and Costa Rica are not on this list, so the question of why Ukraine remains on this list in a state of crisis only increases.

“There have been false reports that this could open the door to spies from other nations, however, this is very unrealistic. Removing the country from this list will still see rigorous protocols take place. This will mean that refugees will be vetted on arrival, where they will go through security checks by an immigration officer with access to police and security information on arrival. Crucially this step will ensure the safety of vulnerable Ukrainian nationals, as well as remove the onus on UK citizens to potentially front the bill.” 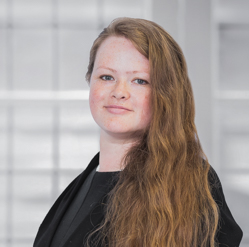