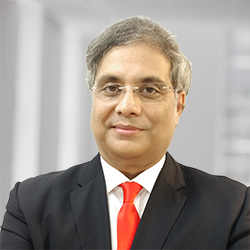 Mr. Mishra had also been selected for the most prestigious International Visitors Leadership Programme (IVLP) sponsored by the United States of America (May 2005), which is “one of the U.S. government's most prestigious professional exchange programs for foreign opinion makers”.