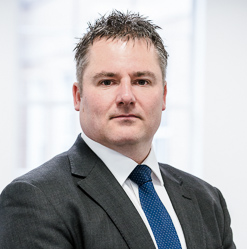 Steve has practiced exclusively in personal injury for almost 20 years and during this period he has built up a loyal following of solicitors throughout England and Wales.
Covering the full range of personal injury work, Steve has an in-depth knowledge of the relevant law concerning Highways, Public and Occupiers Liability (including the sometimes challenging arguments concerning Public Rights of Way), Employers Liability, Road Traffic Accidents and Industrial Disease (including NIHL, VWF/HAVS, Occupational Asthma and Asbestosis/Mesothelioma). Steve is also well versed in the law relating to costs, including the operation of QOCS, the effects of fundamental dishonesty and the application of s.57 of the Criminal Justice and Courts Act 2015.
With regard to paperwork, in addition to his busy advisory practice Steve is regularly called upon to draft complicated Schedules of Loss involving substantial claims for lost earnings (including analysis of profit/loss accounts and tax returns for self-employed individuals), extensive claims for care and assistance (with reference to expert care reports) and also costs relating to future medical procedures, adaptations and prosthetics. Steve has a scientific and mathematical background which makes him ideally placed to handle intricate medical evidence alongside precise Ogden Table calculations.
Steve is known for his robust advocacy as well as his down to earth attitude and straight talking style, which immediately places lay clients at ease in what might otherwise be a difficult or intimidating situation.
Steve acts for both Claimants and Defendants and where possible prefers to be instructed early on in a case so that he can provide both legal and tactical guidance, with the aim of avoiding costly and often unnecessary litigation. To that end Steve is willing to discuss matters informally over the telephone in order to give an early ‘steer’ or second opinion where required.
Instructions are readily accepted on a CFA basis, with Steve enjoying a well-earned reputation amongst those who instruct him for success in difficult or otherwise ‘risky’ cases.
Recommendations
“Mr Fisher is approachable and is able to explain complex matters to a lay client in a way that they are able to understand them.”
Legal 500 2022
“His down-to-earth approach instantly puts clients at ease.”
Legal 500 2021

Notable Cases
Re: JK (2019)
Claim for life-changing injuries arising out of RTA. Settled at JSM for GBP 420,000
Re: AW (2018)
RTA involving Claimant with pre-existing autism and learning difficulties. Complex medical evidence and issues in respect of causation, particularly the need for enhanced lifelong care over and above a pre-existing local authority funded care package. Settled at JSM for GBP 225,000
Re: AK (2018)
Substantial issues in respect of medical causation following re-fracture of an ankle that had previously healed by way of pseudoarthrosis. Permanent disabling symptoms. Settled at JSM for GBP 105,000
Re: JC (2017)
Case involving orthopaedic injuries to young construction worker with lifelong effect on employment. Settled at JSM for GBP 315,000 (gross).
Hingley and Others v Wolverhampton City Council (2010)
Widely reported group action concerning a series of slipping accidents at ‘Cheeky Monkey’ and ‘Blast Off’ nightclub events at Wolverhampton Civic Hall.
Re: McCoig-Lees (2006)
Inquest and subsequent claim under the Fatal Accidents Act 1976 arising out of the ‘M56 Minibus Crash’.
Appointments
Former Head of Kew Chambers, London
Qualifications
LLB (Hons)
BVC – Inns of Court School of Law: Very Competent
Publications
‘Sidestepping McGeown’ – Legal Executive Magazine