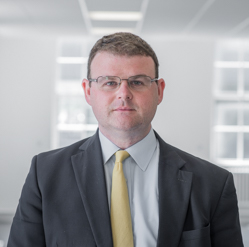 Russell has considerable expertise in and a passion for all aspects of education law. He recently undertook a secondment in the education team of a leading law firm where he specialised in advising multi academy trusts, maintained schools and local authorities on a variety of matters. He also has a retainer with a large multi academy trust providing advice on a variety of legal issues. In addition to his legal experience he was a Governor of a Further Education College for 4 years with special responsibility for safeguarding. He has been an elected Councillor since 2007 and served for several years and was chair of the education committee. He was a member of task groups reviewing the education of looked after children and special educational needs. In 2019 he became the Cabinet Member responsible for education and skills.
Russell has extensive experience in relation to multi academy trusts. He led the legal team involved in the rebrokerage of a multi academy trust which was in difficulty. This involved directly advising on and managing the process in relation to TUPE, transfer agreements, property issues, corporate governance issues and several employment issues. His successful work in this area subsequently led to instructions on other difficult rebrokerage situations. He has extensive experience of working with the ESFA on such matters. Russell has also been involved in multiple academy conversions and provided advice in relation to all aspects of in connection with the conversion.
Russell has extensive experience in special educational needs and disability law. He has appeared many times in the First Tier Tribunal, Upper Tribunal and was sole Counsel in an important case in the Court of Appeal about the relationship between the jurisdiction of the Special Educational Needs and Disability Tribunal and school transport. He has experience in respect of refusals to assess and the contents of EHCPs as well as ceasing to maintain EHCPs.
He has provided advice to schools on all aspects of disability discrimination law including school discipline, school trips and complaints as well as appearing in the First Tier Tribunal. Russell has provided numerous training sessions for schools on disability discrimination law particularly in relation to exclusions.
Russell has a strong background in employment law having appeared in many Tribunals as well as the Employment Appeal Tribunal. He has more recently focused providing advice on general employment issues as well as education specific issues. This has included advising and assisting in sensitive issues relating to safeguarding and suspension as well as the routine aspects of employment law. He has provided representation at the Teacher Regulation agency.
Russell has assisted both parents and schools with exclusion matters. He has attended meetings of the Governors to consider exclusions and Independent Review Panel. He has provided training sessions to Local Authorities for panel members of the Independent Review Panel and also admissions training.
Russell has also provided advice and representation in relation to judicial review issues. This has included special educational needs, school transport, challenging a decision of the Standards and Testing Agency, education for children other than at school and also funding issues. He also has provided advice on alternative provision issues.
As part of working with schools Russell became very significantly involved in helping schools prepare for and implement GDPR. His work in this area involved providing multiple training sessions which led to invitations to speak at national events and conferences. He was part of a DfE task group which helped produce the guidance on GDPR. He routinely advises schools on GDPR issues.
His recent work includes:
Providing advice in relation to a judicial review in relation to the regulations relating to the carrying out of a statutory assessment.
Providing representation where a child had been excluded on multiple occasions and there was a claim of disability discrimination.
Upper Tribunal cases involving the relationship between special educational needs and family law issues.
Providing advice and representation in all aspects of appeals to the Special Educational Needs and Disability Tribunal.
Providing advice in relation to grammar school admissions appeal.
Assisting a parent resisting an appeal to the Upper Tribunal made by the Local Authority. Permission to appeal was refused.
Notable Cases
NGI v Wiltshire [2010] UKUT 242 AAC.
This case concerned the way in which the Tribunal had considered the evidence of a medical expert.
West Sussex v ND [2010] UKUT 349.
This was an important case which established the approach that the Tribunal should take when considering what weight to give the views of a child when deciding placement.
A Borough Council v S [2012] EWCA Civ 346.
This Court of Appeal authority concerns the approach that the Tribunal should take in relation to transport costs when considering school placements.