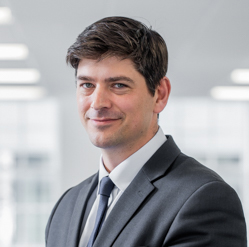 Richard has wide experience of acting in claims involving allegations of fraud and dishonesty, both at Fast Track and Multi Track level. He regularly acts on behalf of insurers where fraud is suspected or alleged, including cases involving all types of motor insurance fraud, such as,
LSI / LVI claims,
Bogus passenger claims,
Staged, contrived and induced accidents,
Fraud rings,
Exaggerated losses,
Fraudulent and exaggerated claims for credit hire.
In addition, Richard has experience of fraudulent and exaggerated claims in the context of employer’s liability and public liability claims, including the use of surveillance evidence.
As well as acting at trial and at interim hearings, Richard is frequently instructed for conference to test the evidence of witnesses and advise on evidence and tactics.
Richard well understands the importance of costs recovery when combating insurance fraud, and regularly deals with arguments that arise in claims involving allegations of fraud, where the law and procedure relating to fundamental dishonesty continues to evolve.