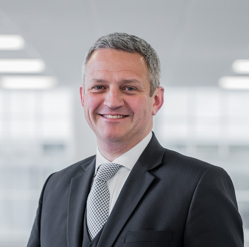 Richard only does clinical negligence and personal injury work.
He acts for both claimants and defendants, mainly in high value cases.
Richard has considerable experience in the following areas: obstetric injuries, head injuries including brain injuries, orthopaedics, urological surgery, dentistry and delays in treatment and diagnosis.
He has particular expertise in failed cosmetic surgery cases.
Richard has a reputation for handling the most difficult cases with sensitivity and empathy, a skill which means that he is often instructed in inquests as the precursor to the clinical negligence action.
Richard accepts instructions on a conditional fee basis, and can also be instructed by members of the public directly.
A (successful) trial on liability concerning the surgical treatment of an aneurysm. The trial lasted for five days and involved four experts, all of whom gave evidence. Richard was chosen to replace the silk who had been previously instructed, who was unavailable for the trial.
A case where there were questions marks regarding the capacity of the claimant, who was in her 80s.
Cases involving the deaths of patients at a psychiatric unit, where the level of care afforded was being criticised.
A case involving negligent post-natal care, involving the death of the baby.
Memberships
Personal Injury Bar Association
Professional Negligence Bar Association
Birmingham Medico-Legal Society
Qualifications
LLB (Nottingham, 1998)
BVC (Inns of Court School of Law, 1999)