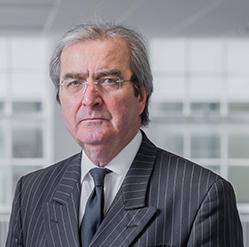 In 1988 I joined 3 Fountain Court, Birmingham. Those chambers were the paramount criminal provincial set with an exceptional array of top silks and juniors. The chambers were also the preferred set for Police Federations around the midlands.
I quickly established a relationship with Federations all over the West and East Midlands and Humberside. I was instructed week in week out over the next 18 years or so till 3 Fountain Court was disbanded. During those years I successfully represented officers of all ranks at Police Tribunal hearings and then through to Police Appeal Tribunals. I was frequently instructed to appear at the Magistrates and Crown Courts on behalf of police officers with regular success.
On leaving 3 Fountain Court my career took a different route but since joining No 5 Chambers Birmingham I am eager continue my previous work representing members in Police Federation work. I am very willing to travel outside the Midlands to represent officers of all ranks before Tribunals and the Criminal Courts.
Because of my previous involvement in this work, I have maintained a good knowledge of all statutory changes and relevant court decisions and in particular the new Police (Conduct) Regulations 2020 and the Police (Complaints and Misconduct) Regulations 2020.
Languages
French
Memberships
Criminal Bar Association
Qualifications
LLB (Bristol)