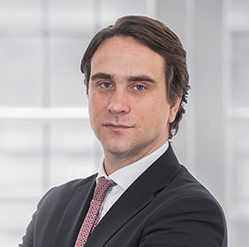 Nicholas has extensive experience of claims involving allegations of fraud and dishonesty arising out of a variety of contexts including RTA, public liability and employers’ liability. He has experience of acting for claimants but now acts exclusively for defendants.
Nicholas frequently acts in claims which involve allegations including the following:
- staged/induced/fictitious accidents
- phantom passenger claims
- invention of injury or conscious exaggeration
- LVI
- support for dishonest related claims of others.
He deals with both individual claims and those said to form part of large fraud rings.
He has considerable experience of trials, including those involving detailed consideration of surveillance, intelligence, engineering and telematics evidence and regularly obtains findings of Fundamental Dishonesty.
In addition to his court work, Nicholas is frequently instructed to draft robust pleadings and to advise as to litigation tactics and evidence. He understands the importance of working closely with insurers, solicitors and clients and often does, as well as regularly providing training to insurance industry staff and solicitors on how to defend suspected fraudulent cases.
His current and recent cases include:
- multiple multi-day trials in RTA cases, often of considerable value, where fraud/dishonesty is alleged in all manner of ways.
- acting for the defendant to a substantial employer’s liability claim whereby loss of earnings for life was claimed. Causation, quantum and the claimant’s honesty were in issue and surveillance evidence was relied upon. The claim was eventually struck out and QOCS disapplied. The appeal to the HC was successfully resisted.
- acting for the defendant to a public liability claim brought by multiple claimants. Fundamental Dishonesty is alleged against all the claimants on the basis of presence at the scene or support for a dishonest related claim.
- acting for one of the defendants to a defective premises claim brought against multiple parties. Fundamental dishonesty is alleged in relation to the circumstances of the alleged accident and the fact, nature and extent of any injury.
- acting for the defendant in an employer’s liability claim where fundamental dishonesty is alleged in relation to the happening of the accident and the fact and/or nature and extent of injury.
- acting for the defendant to a public liability claim where the claim is defended on the basis that the fact of the accident (and any injury, loss and damage) is a total fabrication.
Memberships
Personal Injury Bar Association
The Honourable Society of Gray’s Inn
Qualifications
BVC (Inns of Court School of Law)
GDL (City University, London)
BA Hons Philosophy (University of Bristol)