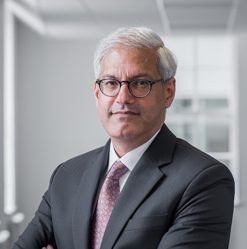 He is admitted as a practitioner in the Dubai International Finance Centre (DIFC) Court and has regularly appeared before the Dubai World Tribunal (which deals with matters arising out of the restructuring of ‘The Dubai World’ company and its subsidiaries), where he has been instructed on cases involving substantial disputes of up to AED 800 million (£140 million).

Substantial cases that Mohammed has appeared in include:

- Acting for a group of defendants alleged to have made corrupt payments to senior employees of a substantial corporation.

- Acting for two of the defendants in a claim in conversion of steel containers to the value of £77 million (Scottish & Newcastle Breweries and others v City Wholesale Limited and others).

- Acting for the lead defendant in a seven week trial involving the demerger of a family trust and companies (Manton Trust).

- Acting for the claimant seeking the return of his deposit of AED 57 million (£10 million) in a transaction relating to the World Islands project in Dubai (Dalal v The World LLC).

- Acting for the defendant in the first ever trial for an Enforcement Order under the Enterprise Act (Wolverhampton City Council v Northern Gas Heating Limited).

- Appearing on a contractual claim by the former CEO of one of the world’s largest property development companies, seeking his long term incentive payments (O’Donnell v Nakheel PJSC).

Mohammed has substantial experience in complex cases and civil fraud (which includes bringing applications for, or seeking discharge of, freezing injunctions). Many of his cases arise in the context of claims against directors, partners and former senior employees; and in fraudulent borrowing and securities facilities. He has appeared in many ‘heavy’ injunction applications and trials involving allegations of fraud and conspiracy.

- Defending in a seven week civil fraud trial, in which allegations of fraud and breach of fiduciary duty were central to the case.

- Acting for a claimant in fraud and conspiracy to injure claim.

- Acting for a claimant in a case involving allegations of bribery.

- Acting for a number of defendants in a claim involving allegations of breach of fiduciary duty and corruption.

- Acting for a defendant in directors’ disqualification proceedings, where it was alleged that the balance sheet had been wrongly inflated by £11 million; and in another case where HMRC had been deprived of over £8 million.

- Acting for a number of defendants, who had departed from a recruitment company and were alleged to have acted in breach of fiduciary duty and restraint of trade clauses.

Mohammed is a Registered Practitioner in the DIFC Court Dubai and is a Fellow of the Chartered Institute of Arbitrators. He is has advised on ICSID and commercial international arbitrations in the Middle East and South Asia.

- He appeared in (a) the application by the claimant to give evidence by video link as there was a warrant for his arrest in the UAE; and (b) the trial, where the claimant was seeking recovery of AED 57 million (£10 million) paid over in connection with a development that did not proceed ( Dalal v The World LLC).

- He appeared on the disclosure application in connection with a claim for recovery of AED 210 million (£36 million), paid over on a development that has not yet proceeded (and subject to counterclaim of AED 700 million).

- He acted in a case between a developer and master developer where the utilities were not provided in respect of a prestige development of over 100 villas.

- He appeared in the trial of the claim by the former CEO of a property developer in his claim for long term incentive payments of USD 3.7 million (O’Donnell v Nakheel PJSC).

- He was counsel in DIAC arbitration involving a property transaction in excess of AED 180 million (£31 million).

Mohammed’s company law work primarily focuses on shareholder disputes (unfair prejudice petitions), just and equitable winding up and derivative claims) and claims against directors for breaches of duty and civil fraud. His experience in these aspects of company law means that he often appears for directors in disqualification proceedings brought by the Secretary of State for Business Innovation and Skills. He also advises on the regulatory aspects arising out of investigations by Companies Investigation Branch of alleged serious corporate abuse; and enforcement actions by the Office of Fair Trading. There is an overlap between Mohammed’s company law practice (unfair prejudice of minority shareholders) and his partnership law practice. He has acted on matters ranging from pre-emptive applications for injunctions to restrain expulsion; to trials involving disputes as to the existence of the partnership; to dissolution and the taking of accounts.

- Acting in a judicial review of a decision by the Secretary of State for Business Innovation and Skills to commence an investigation into an overseas company on the grounds that he was acting outside his powers.

- Acting for one group of shareholders in a seven week trial for breach of a shareholders’ agreement.

- Acting for a claimant in a trial on the rectification of the members’ register.

- Acting for a partner in general medical practice where he had been unlawfully expelled.

- Acting for partners and shareholders in a complex family dispute involving a well-known international food brand.

- Acting for the claimant in a dispute as to the existence of a partnership between property developers.

There is an overlap between Mohammed’s company law and insolvency practice in areas such as directors’ duties and directors’ disqualification proceedings. He has on many occasions advised and appeared on strike-out applications of abusive winding up petitions; on applications to restrain the presentation of petitions; on issues of construction of the Insolvency Rules; in defending or asserting proprietary and trust claims; in retention of title claims, as well as appearing for and against directors and connected parties in the usual claims arising on insolvency

- Acting for the defendant in a directors’ disqualifications proceedings following the insolvency of a London Stock Exchange listed company.

- Acting for defendants in a claim of alleged misfeasance, transactions at undervalue and preferences of £2 million.

- Acting for the company in a contested administration appointment of a company holding a property worth in excess of £100 million.

- Acting for a defendant in directors’ disqualification proceedings, where it was alleged that the balance sheet had been wrongly inflated by £11 million.

- Acting for a defendant in a directors’ disqualification case where HMRC had allegedly been deprived of over £8 million.

- Acting for a claimant seeking to judicially review a decision by the Companies Investigation Branch to investigate corporate abuses by an overseas company.

Mohammed’s real property practice is diverse. He has been instructed in cases ranging from the enforcement of options to acquire land; to issues arising out the first registration of land; to the meaning and effect of completion clauses. He has also been instructed in real property disputes in the Middle East arising out of the man-made World Islands project off the coast of Dubai.

- Acting for defendants in a claim where it was alleged that family property and businesses of a value exceeding £20 million were held on resulting and constructive trusts.

- A dispute over the enforceability of an option to acquire a freehold.

- A dispute over the assignment of an option to acquire a development site.

- Acting for the purchaser of 172 apartments where the meaning and effect of a completion clause in a contract for sale and purchase of land was in issue.

- Acting for the purchaser in a dispute over the recovery of a deposit of AED 57 million (£10 million) in a contract that was not performed (conducted under the law of the United Arab Emirates).

- Acting in a dispute over the meaning and effect of a contract for the sale and purchase of land involving the iconic man-made World Islands project.

The primary focus of Mohammed’s banking and finance work is twofold: claims involving civil fraud in lending facilities and securities (including fraudulent abuse of invoice discounting facilities); and the enforceability and construction of guarantees and indemnities.

Mohammed’s employment practice is primarily in the High Court in cases involving wrongful dismissal, claims for contractual bonuses, orchestrated team departures (involving restraint of trade clauses and breach of confidence, conspiracy and breaches of fiduciary and contractual duties) and the interplay with company law that is involved in the departure of directors.

- Acting for a pharmaceutical company in defending an claim of alleged age, race and religious discrimination.

- Acting for a claimant in bringing restraint of trade proceedings against an entire departing team on insurance brokers.

- Acting for the claimant (a leading international recruitment consultancy) against its departing director and the management team alleged to be acting in breach of their restraint of trade covenants and conspiracy.

- Acting for a number of defendants, who were alleged to have conspired to damage the claimant in a team departure.

- Advising on restraint of trade implications for the Middle Eastern agent of a major tobacco company.

- Acting for an employer seeking to obtain an injunction against a trade union to restrain an unlawful strike.

- Acting for a car wholesaling company in bringing claims for injunctions for breach of confidence and restraint of trade against its departing employees.

- Acting for a heavy industrial equipment manufacturer bringing a claim against a former employee and new employer for procuring breaches of duty.

- Acting for a number of defendants, who had departed from an oil industry recruitment company and were alleged to have acted in breach of fiduciary duty and restraint of trade clauses.

Mohammed is conversationally fluent in Urdu, Hindi and Punjabi

Mohammed has regularly been listed in Chambers and Partner UK Guide to the Bar as a (Band 1) leading silk.

“An outstanding advocate and the man you want on your team at trial.” “A vastly experienced and charming silk who leaves no stone unturned in his preparation, and is ruthless in cross-examination.”

“a very able and talented courtroom advocate.” “He's really quite outstanding – he’s creative, persuasive and an excellent presenter. He has a clear idea of his tactics and always gets his clients what they want to achieve.”

“Mohammed is an excellent choice for a silk as he is always well prepared and demonstrates excellent tactical and negotiation skills.” “He’s a very thoughtful, calm and experienced lawyer. You can see why he’s a QC - he's a very intelligent man and tactically he's great.”

“He is always meticulously prepared and brings an intellectual precision to every matter he has been instructed on. The tactical skills and drive he brings to a matter are second to none.” “Charismatic and friendly, he has excellent client care skills and an impressive command of legal detail.”

“Continues to work on a range of commercial disputes, including company and civil fraud matters. He is consistently praised for his advocacy skills and international work.” “He is absolutely superb on his feet and has a great mastery of the documents.” “He was the dominant force in the room and the star performer.”

Fellow of the Chartered Institute of Arbitrators