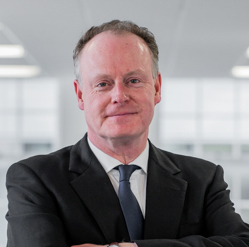 Malcolm specialises in personal injury litigation. He represents both Claimants and Defendants in cases involving employer’s and public liability, road traffic accidents (single or multiple collision and claims involving the MIB), accidents abroad, fatal accident claims and sporting accidents. He also appears at Inquests and CICA appeals.
He has substantial experience in catastrophic injury claims including head and brain injuries affecting adults and children; proceedings on behalf of children and protected parties; Mental Capacity Act issues; spinal injuries including paraplegia and tetraplegia; severe orthopaedic injuries (fractures and soft tissue); internal organ injuries; amputation of upper and/or lower limbs; scarring, burns and gross disfigurement; and psychiatric injury (both primary and secondary victim claims).
Cases also include rare but recognised conditions for example fibromyalgia, pain amplification and chronic fatigue syndromes, Munchausen’s, conversion and functional neurological disorders and complications for example CRPS, MRSA, infections, compartment syndrome, vascular issues including DVT and occlusion.
Malcolm is recognised as a leading junior in his field, cases in which he has appeared have been referred to in textbooks, and he has recently been successful in the Court of Appeal.
Professional recommendations appear below but examples in 2018 of unsolicited communication directly from clients include:
“My husband and I are beyond delighted with the result and feel extremely grateful that our financial future is now safe. Your work in the negotiations was absolutely brilliant” (Subtle brain injury claim GBP 1.5m)
“a small token of immense appreciation for all of your help with regards Terry’s accident. You were an absolute star. Such a credit to your profession” (Claimant fell into vat of molten zinc).
Recommendations
"Very thorough and astute." "He is absolutely on the ball, takes no nonsense and delivers great results."
Chambers UK 2021
"Extremely persistent on behalf of clients, always pushing for the best outcome."
Legal 500 2021
“An excellent advocate; he is persuasive in court and expresses himself very well on paper. He clearly has a very sharp mind.” “Impeccably prepared and a real fighter, so he’s good to have on your side in a contested issue.” “He is methodical and gets to grips with the issues of the case quickly.”
Chambers UK 2020
“Tenacious in court and at mediation.”
Legal 500 2020
“He is very intelligent, articulate and a skilled advocate. He grasps complex issues well and deals with the more challenging clients with considerable diplomacy.”
Chambers UK 2019
“His broad practice includes industrial disease, catastrophic injuries and public liability claims.”
Legal 500 2019
“He is excellent with clients and has a calm head in vigorously contested cases.”
Chambers UK 2018
“He has in-depth knowledge of complex neurological issues.” Ranked: tier 1
Legal 500 2017