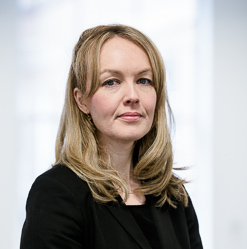 Public Law
Laura acts for local authorities, parents (including through the Official Solicitor), children and other interested parties in care proceedings.
Laura’s empathetic approach to a case means that she is often instructed in highly sensitive care work involving vulnerable clients and independently represented children, where she is adept at putting the client at ease whilst at the same time offering direct advice.
Laura has experience of dealing with cases encompassing the full spectrum of allegations including neglect, sexual, physical and emotional abuse, substance misuse and non-accidental injuries many of which require the cross-examination of expert witnesses and the challenging of medical evidence from experienced professionals. Laura has found her previous experience as a criminal practitioner particularly useful in this regard in that she understands the importance of focused cross-examination and sensitive witness-handling techniques. Laura has appeared before all levels of the judiciary including before the High Court (Family Division) on a number of occasions.
Private Law
Laura has significant experience in private law proceedings relating to applications for Child Arrangement Orders and Specific Issues Orders. Laura has also dealt with complex private law matters involving intractable disputes, applications to remove a child from the jurisdiction and parental alienation. Laura has also acted for Guardian’s appointed under r.16.4.
Laura has a reputation for being calmly assertive in court and extremely thorough with her preparation, her reassuring yet authoritative presence is frequently remarked upon as a huge positive when receiving client feedback. She is known for her empathetic and sensitive approach to cases and she continually strives to achieve the best outcome for her client.
Laura is an Advocacy Tutor (The Honourable Society of Lincoln’s Inn).
Professional Background:
Having been called to the Bar in 2007, Laura spent her formative years undertaking an array of legally- related work experience in preparation for her career at the Bar. This included her employment as a caseworker at the Crown Prosecution Service in Northamptonshire, being awarded a scholarship from the Centre for Capital Punishment Studies to work as a death row intern in Trinidad and Tobago and obtaining the post of judicial researcher in Dublin where she was employed by the Courts Service of Ireland to assist members of the judiciary from District Court to Supreme Court level.
Notable Cases
Re: S, A, JA and J (Children) [2015] EWFC B116
Awards
The Droop Scholarship (2006) – Major BVC Award awarded by The Honourable Society of Lincoln’s Inn.
The Herbert Smith Scholarship (2008) – awarded by the Centre for Capital Punishment Studies.
Memberships
Denning Society (Scholars Society of Lincoln’s Inn)
Amnesty International
Amicus
Human Rights Lawyers Association
Midland Circuit
Publications
O’Malley, L. and Graham-Wood, C. 2010, From Calypso to the Condemned: Notes from Death Row in Trinidad and Tobago, Amicus Journal, (2010) 23 Amicus Journal.
O’Malley, L. and Matthews, K. 2008, Dead Men Tell No Tales: The Problems of Witness Evidence in Trinidad and Tobago’s Justice System, (2008), Centre for Capital Punishment Studies Internship Report.