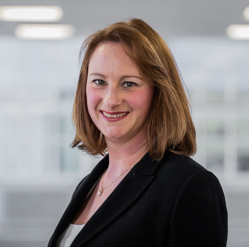 Kristina specialises in Children Act cases, appearing at all levels of the family court including the Court of Appeal. She undertakes first instance hearings and appeals and regularly appears in the High Court.
Kristina has a particular interest in Public Law cases and represents Local Authorities, parents, extended family members and children acting either through their Guardian or who have separate representation by their own solicitor. She has significant experience in care cases including baby death, non-accidental injuries, sexual abuse, chronic neglect and in representing parents and children with serious psychological difficulties, including a history of self harming and acting for parents with compromised functioning, including where the Official Solicitor is involved.
Kristina’s experience also covers the full range of Private Law applications, with a particular interest in intractable disputes, involving the appointment of Rule 16.4 Guardians. She deals with complex child arrangements applications including cases involving serious domestic abuse, complicated psychological evidence and removal of children from the jurisdiction.
Kristina has an established reputation for tactical preparation, forensic analysis of complex medical evidence and excellent client care. She is known for her sensitive, down-to-earth yet robust attitude.
Other aspects of Kristina’s practice include presenting lectures and training seminars to solicitors, local authorities and other child protection professionals.
Kristina has been appointed a Member of the Development Board of the Institute of Advanced Study at Durham University.
She has recently been appointed as an Honorary Professor of Law at the University of Winchester.
Recommendations
"She is much sought after, and rightly so. She has a fantastic practice and has amazing drive."
Chambers UK 2022
“Hugely in demand and rightly so - she is without question one of the strongest family law barristers practising in the Midlands. She is smart, hard-working and understandably popular with solicitors and clients alike.”
Chambers UK 2021
“A forceful, focused advocate, whether in cross-examination or in lengthy submissions.”
Legal 500 2021
“A very popular and immensely capable children law barrister with an extraordinary work-rate, she has an amazing ability to get to the heart of a case and inspire confidence in all who work with her.” “She struck me as exceedingly well prepared and able to hone in on the relevant issues in the case.“
Chambers UK 2020
“An exceptional children law barrister with extraordinary drive and commitment to her clients.”
Legal 500 2020
“She impresses with her phenomenal work rate, eye for detail and awareness of the key issues in a case. A wonderful cross-examiner.”
Chambers UK 2019
“She combines keen insight with an extraordinary work ethic.”
Legal 500 2019
“A leading barrister in Birmingham - an excellent junior who gives London silks a run for their money. A real fighter. If you want someone who can robustly litigate she would be your first pick - you want her to fight in your corner.”
Chambers UK 2018
“She has an eye for detail and great research skills.”
Legal 500 2017
An established practitioner in both public and private children law who focuses on serious cases of child abuse involving complex medical and factual evidence. She acts for parents and children as well as local authorities. Strengths: “Smart, insightful and someone with a phenomenal work rate, she has the makings of a future silk.” “She can take a case that is drifting and pin it down.”
Chambers UK 2017