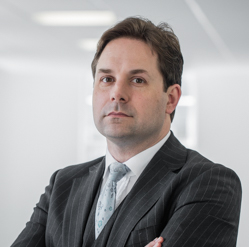 Daniel has a thriving regulatory and licensing practice. He accepts instructions from individuals, businesses, local authorities, and the police in all manner of cases that fall under the broad definition of Regulatory and Licensing Law. He appears regularly in the Crown Court, the Magistrates’ Courts, before Local Authority committees, and a range of other tribunals.
As experienced Crown Court counsel, he is able to deploy those specialist skills of advocacy effectively in a wide range of cases. However, Daniel also remains keenly aware of the commercial implications of proceedings and will often advise on negotiation where appropriate. Daniel also advises on Judicial Review, with cases often settling in his client’s favour.
REGULATORY
Daniel defends and prosecutes cases in the Magistrates’ Court and Crown Court involving Trading Standards, Local Authorities and the DVSA.
Road transport cases represent a significant proportion of his work. He is regularly instructed in cases involving DVSA (VOSA) and has experience preparing complex cases both for and against the agency. These cases can range from high value fraud to tachograph and record keeping offences. He also regularly advises on, and appears before, the Traffic Commissioner in public inquiries.
The success or failure of a business is often dependent on the result of the case, particularly those involving operator licences for HGVs and PSVs. As a consequence, Daniel is keenly aware of the importance of making a commercial assessment of the case and obtaining the most favourable outcome in the circumstances.
He has also appeared before tribunals in professional misconduct proceedings on numerous occasions.
LICENSING
Daniel’s practice encompasses the entire range of licensing law. He has experience of alcohol and entertainment (including Sexual Entertainment Venues), private hire and hackney carriage licensing, scrap metal dealers, and gun licensing. He is the Treasurer of the Institute of Licensing in the West Midlands.
He regularly conducts appeals in the Magistrates’ Court and Crown Court, as well as appearing on behalf of parties in Licensing Committee meetings. Businesses often seek his advice on applications and reviews, which often involve negotiation with Local Authority officers, Responsible Authorities and local residents. Sometimes cases can be resolved quickly and effectively without a need for a hearing but, where necessary, Daniel will have conduct of the case throughout the appeal process.
He has advised Local Authorities on how to deal with problem premises and the best route to bringing them under control. This can involve liaising with the police and other responsible authorities in using the review process, as well as considering whether to bring criminal proceedings against premises that have been linked to major criminal activity.
He has also advised local residents on many occasions and is happy to help them either prepare their submissions to committees or to appear for them at review hearings and appeals.
Taxi Licensing is also a significant part of his practice, he frequently accepts instructions from Local Authorities, taxi drivers and operator’s licence holders. He has acted for clients in the Crown Court in "cross-border” private hire cases, in plying for hire prosecutions in the Magistrates’ Court, and for drivers and operators in committee hearings.
Daniel has represented clients on numerous appeals to the Crown Court following removal of a gun licence and is happy to advise on the most effective way to contest a decision by the Chief Constable.
Training
Daniel frequently gives talks on changes in regulatory and licensing law, both as part of Chamber’s wider training offerings and as a member of the Institute of Licensing. He as recently lectured on Child Protection, Public Nuisance, proposed changes in taxi licensing and the Scrap Metal Dealers Act 2013.
Public Access
Daniel is a Public Access Barrister.
Recommendations
“He’s very intelligent and is able to assimilate huge quantities of material.”
Chambers UK 2020
Memberships
Treasurer of the Institute of Licensing in the West Midlands
Midland Circuit
Middle Temple
Qualifications
BVC and PgDL from the College of Law, London
Harmsworth Major Scholar (Middle Temple)
MSci and BSc 2:1 (Hons) in Chemistry from University College London