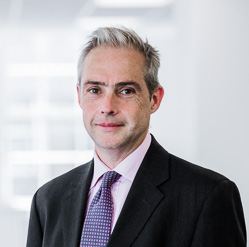 Angus is an experienced specialist contentious wills, trusts and probate Barrister practising at No5 Barristers’ Chambers. He was educated at Exeter University graduating with First Class honours.
He was called to the Bar in 1994 and undertook pupillage at 7 Stone Buildings (now Maitland Chambers) and 24 Old Buildings, both in Lincoln’s Inn, London, before moving to the Midlands in 1995 where he has practised ever since.
In addition to his undergraduate qualifications, he has post graduate certificates (forming part of the LLM course awarded by Bristol University) in Insolvency Law, Restitution and Company Law, and a Diploma in the Taxation of Trusts and Estates (through STEP).
In January 2017 he qualified as a mediator with the London School of Mediation and is rapidly developing this area of his practice. As a mediator he specialises in contentious wills, trusts and probate matters.
More generally, in the Legal 500, in which he is ranked in tier 1, Angus is referred to as calm considered and exceptionally thorough, and as having a particularly good manner in mediations. In the most recent edition of Chambers and Partners published in November 2017 he was ranked in Band 1 with the following comments made about him:
“A pure traditional chancery barrister whose practise focuses on contentious trusts and probate. He has an excellent reputation for his technical skill and advocacy, as well as approachability and client care”
Having acted in upwards of 100 mediations as an advocate Angus has a detailed knowledge of what participants require from mediators, including: a detailed understanding of the facts and key issues, an ability to build rapport with and listen to all participants, an appreciation of the need to maintain momentum, an ability to explore practical solutions to problems rather than becoming bogged down in positions and personalities, and importantly in this field an understanding of the family and emotional context.
Whilst it is often said that the skills of a mediator can be used in all types of disputes, there is no doubt that having a strong and immediate grasp of the legal issues, which by reason of his specialism Angus has, facilitates the mediator’s role in getting the participants to assess the realities of their position factually and legally in mediation and so avoid wasting time or losing momentum in investigating irrelevant matters.
Also, from a practical perspective, having litigated many wills and trusts disputes to trial, Angus has the advantage of the real-life knowledge and experience of the implications for participants in the event they cannot resolve the dispute in mediation, most significantly that a decision by a Judge is a far blunter solution than that available to the participants themselves.
By way of examples of Angus’ practical experience, he regularly acts in the High Court and has appeared in the Court of Appeal. The types of cases in which he has appeared include:
- Claims for financial provision pursuant to the Inheritance (Provision for Family and Dependants) Act 1975 ranging from estates worth a few hundred thousand up to those valued in many millions
- Disputes as to the substantial and procedural validity of wills
- Applications for the removal of executors and trustees
- Applications for the rectification of wills
- Breach of trust/breach of fiduciary duty claims
- Administration actions in particular disputes as to the construction of wills or directions from the court
- Proprietary estoppel, undue influence and constructive trust claims
- Disputes concerning charitable trusts
- Professional negligence actions relating to wills and trusts work
- General advisory work as to inheritance tax, the exercise of trustees’ discretions, the drafting of settlements.
When instructing Angus as a mediator for a contentious will or probate dispute the participants will therefore be retaining someone recognised as a “natural mediator” who brings: a wealth of knowledge and experience of the process of mediation from 20 years at the Bar, an attention to detail, together with the technical and real-life knowledge which comes from fighting trials, almost always, the unpalatable alternative to settlement.
Angus is married with three children.
Comments from Leading Law Firms in contentious probate disputes:
“I was extremely impressed with Angus. He was alive to, and managed the tricky dynamics between the parties extremely well; without his firm yet sensitive style I doubt the common ground that eventually led to an agreement being made in this case would have been reached. At the key moments in what was a very long day he read the mood of the parties extremely well.”
“I genuinely thought Angus is an excellent mediator. His approach is well suited to these sorts of family disputes, he was firm when he needed to be, yet also made the clients feel relatively at ease in what was a difficult and rather stressful process for them. We were very pleased with him, including our client for whom it was a very difficult and emotional day. His calm approach helped us keep negotiations on track”
“It’s the first time I have used Angus on a mediation and I was very impressed with him. He had a good knowledge of the papers and had a very calm, yet firm, mannerism in what was a very difficult and emotional family dispute. His handling of both sides was appropriate and I would definitely use him again.”
Recommendations
“His knowledge of the area is first-rate and he is quite methodical and measured in terms of the way he deals with things.“ “He is very detailed and considered and leaves no stone unturned, and he’s a scary barrister in court.”
Chambers UK 2020
“An outstanding and tenacious advocate.”
Legal 500 2020
“Really persuasive and highly regarded by the judiciary. Utterly brilliant. For difficult contentious probate he the only barrister I’d use. He lives and breathes this. He is extremely responsive and knows the law better than anybody else I deal with”
[People said]