The ability for any person to make an application to a Commons Registration Authority to register land as a new town or village green (“TVG”) has long been a landowner’s nightmare, particularly for those with development aspirations. Registration as a new TVG essentially sterilises the land as far as potential future development is concerned because of the effect of Victorian legislation that prevents enclosure or development. Purchasers of land with a view to future development were often unaware that such an application might later be made, either because the relevant legislation was unfamiliar to them or they were simply not aware that the land they were purchasing had been used by members of the local community for recreation (dog walking, walking, children playing, and so on); or both.

Successive legislation, first the Commons Registration Act 1965 and then the Commons Act 2006 (“the 2006 Act”), has made such an application possible and that legislation has been used to dramatic effect in circumstances where development is planned. The legislature became wise to the (mis)use of the legislation and by the Growth and Infrastructure Act 2013 introduced amendments to the 2006 Act to provide a better balance between the protection of long used recreational rights and the planning regime.

A new section 15C to the 2006 Act removed the right for any person to be entitled to apply to register a new TVG in the circumstances provided in a new Schedule 1A to the 2006 Act. Schedule 1A listed a number of planning related ‘trigger events’. Once a trigger event has occurred the right to apply to register a new TVG is resurrected only in respect of such land if and when a ‘terminating event’ occurs.

Wiltshire Council v Cooper Estates Strategic Land Limited [2019] EWCA Civ 840 concerned the question what it takes in a development plan document to identify land for potential development. Paragraph 4 of Schedule 1A to the 2006 Act provides that a trigger event occurs where “a development plan document which identifies the land for potential development is adopted under section 23(2) or (3) of the 2004 Act”, reference to the 2004 Act being to the Planning and Compulsory Purchase Act 2004. The particular question in this case was whether it was enough that the land in question was within the settlement boundary of a town (Royal Wotton Bassett) identified in the Wiltshire Core Strategy (“WCS”) to which the presumption of sustainable development applied but where the land itself had not been identified as being of strategic importance.

By way of brief procedural background, in response to the application for registration of the land as a TVG Cooper Estates Strategic Land Limited (“Cooper”) relied upon paragraph 4 of Schedule 1A to the 2006 Act. However, the Council’s officers considered that the provisions of the development plan document were not enough to satisfy the definition of a trigger event, rejected Cooper’s submission and recommended registration of the application land as a new TVG. Cooper successfully applied to the Administrative Court in challenge to the Council’s decision and the Council appealed that decision.

In his judgment at paragraph [28] Lewison LJ observed that “the overall thrust of the development plan document was thus to identify those parts of Wiltshire in which development would be encouraged. In some cases, the plan descended into detail by specifically allocating sites. In other cases, including that of Royal Wotton Basset, specific site allocations would come later in the plan period. But it is clear that those sites which had been specifically allocated by the plan itself would not, on their own, deliver the required development over the plan period”.

On behalf of the Council it was submitted that the mere fact that land was within a settlement boundary to which a policy of the nature of Core Policies 1 and 2 applied was not enough to invoke the trigger event prescribed by paragraph 4 of Schedule 1A. It was argued that if mere inclusion within a settlement boundary was enough to suspend the right to register a TVG a valuable right would be removed from most people who would otherwise have been entitled to it. It was submitted that that was unlikely to have been Parliament’s intention in changing the law and would have been a disproportionate response to the identified mischief. It was argued that the land in question must be specifically identified; it had to be the subject of an allocation or something of essentially the same nature.

However, the Court concluded that in this case it was sufficient that Core Policy 1 identifies the settlements where sustainable development will take place and Core Policy 2 provides that within the settlement boundary there is a presumption of sustainable development. In agreement with Cooper’s submission that those policies clearly identified the application land as having potential for development the court determined that the land was, therefore, land identified for potential development within a development plan document for the purposes of paragraph 4 of Schedule 1A.

This is surely good news for landowners and developers. The court has adopted a broad interpretation of the legislation, refusing to construe the provisions narrowly and restrictively as contended for by the Council. Presumably, such an interpretation would extend to paragraph 3 of Schedule 1A which deals not with an adopted development plan document but a draft development plan document that has been published for consultation. The court’s approach, whilst having a profound effect upon the circumstances in which a TVG application might be capable of succeeding given that a trigger event prevents such an application proceeding, is entirely consistent with the sentiment behind the introduction of the amendments to the 2006 Act to better balance the rights of local users and landowners whose land has come within the purview of the planning system. Any other approach would upset the development planning process to an unacceptable degree. 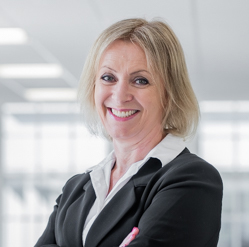