Where will it end? A different perspective

Home > Media > Publications > Where will it end? A different perspective

The reach of the Supreme Court’s decision in the goods and services discrimination complaint of Lee v Ashers Baking Company Ltd [2018] IRLR 1116 is starting to reveal itself.

In the recent EAT decision in Gan Menachem Hendon Ltd v Groen UKEAT/0059/18/OO the Tribunal’s finding of direct discrimination on grounds of religion or belief was overturned on the basis that its conclusions could not survive the reasoning of Baroness Hale in Asher’s. Swift J concluded that the Equality Act 2010 does not prohibit less favourable treatment by an employer on the basis of its own religion or beliefs.  A discriminator’s motive for the less favourable treatment is immaterial.

In Gan the employer, a Jewish nursery, that was ran in accordance with ultra-orthodox Chabad principles, dismissed the Claimant after she refused to lie about her co-habitation with her partner.  The Tribunal concluded that the Nursery had sought to impose on the Claimant at a meeting preceding dismissal their own system of beliefs.  Is it surprising and perhaps counterintuitive that such conduct, culminating in dismissal, does not amount to direct discrimination on grounds of religion or belief?  Perhaps not;

The decision in Asher’s was arguably a surprising one itself.  The bakery had refused to supply a cake with a message "Support Gay Marriage” on it, together with the QueerSpace logo and cartoon like characters of ‘Bert and Ernie”.  The objection was said to be to the message, not to any particular person or persons and as such was incapable of amounting to direct discrimination.  Such a distinction between the message and the messenger arguably strips the reality from the case.  The objection in real terms would appear to be "Gay” in front of marriage; a protected characteristic.

Query is an apparently conscious decision to discriminate immaterial to the determination of the reason why question i.e. ‘because of” a protected characteristic? Creating such finite distinctions as the Supreme Court has in Asher’s, said to be followed in Gan, potentially raises the question as to whether the protection afforded by the direct discrimination provisions will become diluted either temporarily or in the long-term? Food for thought… 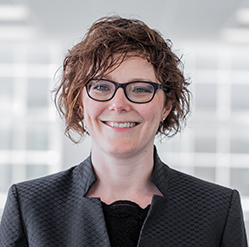