What about the dishonest Defendants?

Home > Media > Publications > What about the dishonest Defendants?

Alexander Mellis, Louisa Denning and Matthew Brunning consider the issue of dishonest defendants in the context of Fundamental Dishonesty in personal injury litigation.

There are plenty of reasons why a claimant may be fundamentally dishonest. When you consider the test of dishonesty in Ivey v Genting Casinos (UK) Ltd [2018] AC 391 at [74] that, “there is no requirement that the defendant must appreciate that what he has done is, by those [objective standards of ordinary decent people], dishonest”, it is theoretically possible for a claimant to find themselves in that situation without meaning to. The situations are, however, likely to be rare, where that is the case by the time the case reaches trial and multiple documents have been signed with a statement of truth and medical experts misled.

There are fewer reasons for a defendant to lie, but that does not mean that the courts will not on occasion be faced with such a situation. Another obvious reason for why it is less of an issue is that there are fewer consequences to a court finding a defendant dishonest because there is no equivalent to s.57 Criminal Justice and Courts act 2015 or CPR 44.16 (which remove otherwise ‘honest’ damage from a claimant and expose them to an enforceable costs order respectively) for a defendant found to be inaccurate or dishonest. Any such finding provides little comfort to a claimant who has already “won” the case but had damages disallowed.

Another reason is that personal injury Defences are run by insurers and companies, who are more likely to take a view that their witness may not be reliable and filter the dishonest ones out. Indeed, the defendants most likely to be dishonest in road traffic accidents are either the reason the claim is said to be dishonest - because they are in cahoots with the claimant - or because they have gone to ground and have judgment entered in their absence.  There are plenty of reasons why it is a less common issue.

An issue it is, nonetheless. The question was considered in the recently reported case of Sudale v Cyril John Limited [2021] 2 WLUK 623, in which Matthew Brunning acted for the Defendant.  HHJ Hedley was asked, having found the Claimant fundamentally dishonest by virtue of the exaggeration of his symptoms, to consider alleged dishonesty of the Defendant’s case on contributory negligence in the context of the ‘substantial injustice’ escape clause from the consequences of s.57 CJCA 2015. The judge decided that any concurrent dishonesty by a defendant was not a feature to take into account when considering the substantial injustice test. In any event, he found that the Defendant or its witnesses had not been fundamentally dishonest. If he was wrong on either issue he did not consider it sufficient to operate as a substantial injustice to justify departure from the usual consequences of s.57.  HHJ Hedley reduced the costs order in the defendant’s favour by 10%, but still ordered costs to be paid on the indemnity basis.

It turns out that the issue of dishonest defendants is not as rare as perhaps thought. Louisa Denning acted for another Defendant, albeit one where the judge did find the witnesses dishonest on the question of liability. In Mallon v Abertawe Metal Recycling Limited, HHJ Beard found that an accident occurred at the Defendant’s premises when the release of pressure from an overheated crane engine caused the Claimant to sustain a fall from height. The Defendant had lied about the Claimant not working that day and that no accident occurred. However, in the all too common situation, the judge found the Claimant had lied about the extent of his injuries and particularly the limitations on the ability to work. As such the Claimant, just like in Sudale, had the legitimate elements of his claim dismissed pursuant to s.57. HHJ Beard found that the Defendant’s stance, and particularly the consequential increase in costs, did not amount to ‘substantial injustice’, at least not on the facts of that case. However, the judge did take the matter into account when determining costs, allowing the Defendant only 20% of its costs and awarding the Claimant 40% of his costs, to reflect the fact the majority of the case had focused on liability rather than the quantum and fundamental dishonesty actually found against the Claimant.

It can be seen that dishonesty of defendants in personal injury litigation may yet have an important role, albeit more limited than that affecting claimants. The most obvious consequence may be a reflection of costs awarded. For instance, r44.16(1) only deals with the enforceability of orders made against claimants, not the principle or order that is made. 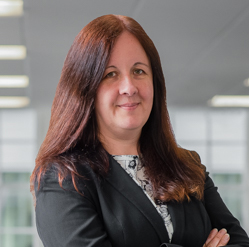 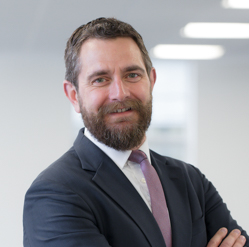