We cannot lose sight of the illegality of forced marriage

Family law specialist Adreeja Chatterjee, of No5 Barristers’ Chambers, has launched a book, A Practical Guide to the Law of Forced and Incapacitous Marriages, which featured in The Times. Here is her article which looks at an issue that is fraught with legal complexities.

It may be 2020 but forced marriages remain prevalent in this country despite being illegal under British law.

All lawyers practising in the family courts and the Court of Protection need to know how to spot telltale signs and to know that, in most family proceedings, forced marriage protection orders can be made even without an application being instituted.

Cases are varied, intricate and fraught with legal complexities and family struggles. They rarely involve single issues and instead straddle jurisdictions. And there have only been three successful prosecutions so far.

It is worth noting that an arranged marriage is quite different; in this, both husband and wife freely consent to a union where others have introduced them.

Various factors can come into play in a forced marriage: victims may not want family members responsible for the illegal marriage to go to prison, but are nonetheless desperate to get out of the situation.

Those who have been taken abroad and tricked into marriage can face social and psychological pressure to remain. They run the risk of being ostracised and even violent attack if they leave. In some cultures marriage may be seen as a cure for promiscuous behaviour in unruly teenagers.

Civil forced marriage protection orders are made by the family court. Injunctive relief is available on a protective basis as orders can be made against perpetrators, based here or abroad, to prevent someone being taken overseas against their will. They can be also be used to secure the return of individuals who are stranded abroad without their passport or money.

What if the forced marriage results in a child? The protection order may end up running alongside care proceedings, but are grandparents, who may be responsible for the forced marriage, suitable candidates if the mother or father cannot care for the baby?

Individuals who cannot consent to marry because of learning disabilities or a brain injury may also be at risk of forced marriage. A person aged 16 or older should be the subject of an application to the Court of Protection.

However, what if a person lacks capacity, yet genuinely wishes to marry having fallen in love? Although the Mental Capacity Act 2005 lays down a marker that there is a presumption of capacity, the capacity of such an individual may need to be evaluated, usually by an expert assessment, within the Court of Protection.

This can be a shock for well-meaning parents from a different cultural background, who thought that they were securing the future of their adult learning-disabled child by arranging for a life partner, who may in turn not realise the full extent of their disabilities.

Forced marriage cases are complex and throw up legal and ethical challenges throughout — but in discussing them, and pursuing legal remedies, we continue to reinforce the fact that such marriages are illegal.

Adreeja Chatterjee is a barrister at No5 Barristers' Chambers; she has written A Practical Guide to the Law of Forced and Incapacitous Marriages 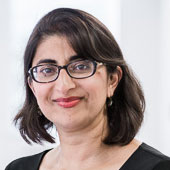