Dr Louisa Sherlock reviews this appeal to the Court of Appeal of a High Court decision on a trial of preliminary issues, where two questions were considered:

i) Does the Defendant (Dr Rattan, the Principal Dentist) owe a non-delegable duty of care to the Claimant (Ms Hughes, the patient)?

ii) Is the Defendant liable to the Claimant for the acts and omissions of his Associate Dentists on the basis of vicarious liability?

The decision in the Court of Appeal was unanimously yes and no.

Lord Justice Bean (Lady Justice Nicola Davies and Lady Justice Simler assenting) stated in paragraphs [68 - 72] that he considered that the High Court was right to hold that the Defendant owed a non-delegable duty of care to the Claimant and that she was a patient of the Defendant’s practice, not just in layman’s language but as a matter of law. He found this for several reasons, the first of which was relying upon the Personal Dental Treatment Plan signed by the Claimant which named the Defendant as the Provider of the treatment, the second being the terms and restrictive covenants in the implied associate agreement based on a standard template British Dental Association (“BDA”) contract, and thirdly he found that the High Court was right to find that the Claimant satisfied all of the factors identified by Lord Sumption at paragraph [23] of Woodland v Swimming Teachers Association and others [2013] UKSC 66, [2014] AC 537. https://www.supremecourt.uk/cases/docs/uksc-2012-0093-judgment.pdf

With regard to vicarious liability, Lord Justice Bean considered that the Barclays test (from Various Claimants v Barclays Bank plc [2020] UKSC 13, [2020] ICR 893) for vicarious liability (clarified as being whether the alleged tortfeasor’s relationship with the defendant can properly be described as being “akin” (or “analogous”) to employment, with the focus being on the contractual arrangements between tortfeasor and defendant) was not met. Thus, the Defendant was not vicariously liable for the acts or omissions of his Associate Dentists (Lady Justice Nicola Davies and Lady Justice Simler assenting). Lord Justice Bean found this for several reasons, the first two of which he said were the most significant (at [89]):

(1) The Associate Dentists were free to work at the Practice for as many or as few hours as they wished;

(2) They were also free to work for other practice owners and businesses, and some in fact did so;

(3) The Defendant had no right to control, and did not control, the clinical judgments they made or the way in which they carried out treatment;

(4) They chose which laboratories to use and shared the cost of disbursements to laboratories;

(5) They were responsible for their own tax and national insurance payments, and were treated as independent contractors by HMRC;

(6) Although the Defendant took most of the financial risk by virtue of running the premises and paying ancillary staff, they shared the risk of bad debts;

(7) They were required to carry personal professional indemnity insurance and to indemnify the Defendant against any claims made against him in respect of their treatment of patients;

(8) They had to pay for their own professional clothing and professional development, and for any equipment they wished to use which was not provided by the Practice;

(9) There was no disciplinary or grievance procedure.

Taking into account factors which pointed the other way, he said at [90] that the Defendant decided on the opening hours of the Practice and provided equipment and facilities; and he had a limited degree of control in that he was under a duty to the NHS to ensure that courses of treatment were completed within a reasonable period of time. He also considered that the Associate Dentists were under a contractual duty to follow the policies and procedures of the Practice (however, it did not appear that there were in fact any such policies or procedures which were relevant to show control).

On balance, he did not consider that these indicators outweighed those mentioned [89] and set out above so as to make the relationship sufficiently analogous to employment to satisfy the Barclays test.

It was also considered that the label “licence fee” in relation to the 50% of fees for NHS treatment retained by the Practice was wholly artificial, and whether associate dentists were “workers” was irrelevant.

Key points for dentists to bear in mind following this decision are as follows:

i) Principal Dentists should ensure that they are properly indemnified for a similar non-delegable duty or vicarious liability claim;

iii) Whether a Principal Dentist is found vicariously liable for the acts or omissions of his/her Associate Dentists is likely to depend on the circumstances of the case (see the factors considered by Lord Justice Bean in this case).

Should anyone have any queries following the outcome of this case that they wish to discuss with Dr Louisa Sherlock, they should not hesitate to contact the clerking team at No5 Barristers' Chambers: mt@no5.com. 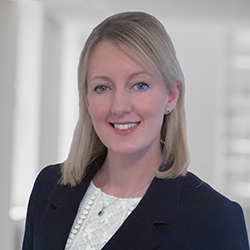 
Date: Tue, 05 Jan 2021
Patient confidentiality - to breach or not to breach? (extended version)
If a father is suspected of suffering from Huntingdon's disease, should his daughter be told even if her father has not consented?...