Module 1 of the UK Covid-19 Inquiry has been officially opened by its chair, Baroness Heather Hallett.

The first of three modules is due to examine the resilience and preparedness of the UK for the coronavirus pandemic. The module’s timetable has been published, with preliminary hearings due to take place in September 2022 and public hearings commencing in spring 2023.

Individuals, bodies and organisations with an interest in the above or who played a role in matters relating to the above should therefore urgently consider seeking Core Participant status in Module 1.

Applications for Core Participant status in Module 1 of the Inquiry close on 16 August 2022. Time is thus short for those who wish to participate in the first part of the inquiry and who believe that they may qualify for core participant status (as explained below).

When launching the inquiry and opening Module 1, Baroness Hallett re-emphasised that inequalities will be at the forefront of the Inquiry’s investigations.

Core participants will have a formal role in the Inquiry, with the right to make opening and closing statements, suggest lines of questioning to be pursued by Counsel, and apply to ask questions of witnesses during a hearing. They will also receive electronic disclosure of relevant evidence.

How applications will be determined

Applications for Core Participant status will be determined in line with Rule 5(2) of the Inquiry Rules 2006. The Chair will consider whether the applicant:

In relation to the first point, the Chair will consider how the application relates to the matters being investigated in each module.

The Chair is also able to take into account any other relevant matters. The Chair ultimately has discretion as to granting Core Participant status – if an individual or organisation meets the criteria above, Baroness Hallett is nonetheless not bound to designate them as a Core Participant.

The applicant should ensure they do the following in their application:

Applications are limited to a maximum of 4 sides of A4 paper.

The Inquiry will set timeframes for Core Participant applications to each module or part(s) of a module. If an application is submitted outside the timescales established by the Inquiry, it will not be considered without an acceptable explanation as to why it was not submitted at the correct time.

Applications will be determined either on paper or following submissions at a preliminary oral hearing, dependent on the Chair’s discretion.

The Chair may also invite individuals or organisations to become Core Participants at any stage during the Inquiry, if she considers it appropriate to do so.

Who may wish to seek Core Participant status

It has been emphasised by the Chair and the Inquiry that applications from groups of individuals and organisations with similar interests are encouraged. The Chair’s view is that the designation of Core Participant status to groups representing the interest of more than one person will assist the “fair and efficient running” of the Inquiry.

The Inquiry is also undertaking a “Listening Project” which will gather information from different groups of people who have been affected by the pandemic. Baroness Hallett described this project as constituting a less formal setting for people to share their experiences, in order for the Inquiry to understand more about the effects of the pandemic and the experiences of the bereaved. It is not necessary to apply for or to obtain Core Participant status in order to share experiences through the Listening Project. However, taking part in the Listening Project will not afford participants the same rights as participation in the Inquiry as a Core Participant 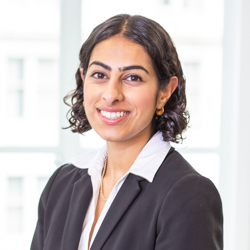 
Date: Fri, 27 Jan 2023
MA (Pakistan)-v-SSHD [2019] EWCA Civ 1252
An appellant whose appeal against deportation on human right grounds failed in the Court of Appeal and following the refusal of leave to appeal from the Supreme Court nevertheless succeeded in obtaining leave to remain from the UK Government after making a complaint to the Strasbourg Court....


Date: Mon, 29 Nov 2021
The Police Integrity Reforms – Latest Developments in the Draft 2019 Conduct Regulations
Once again, the Home Office has been busy. Having brought in a comprehensive package of regulations, most notably in 2008 and 2012, it now proposes to make further sweeping changes to the way that misconduct and performance procedures are handled....