The U-Turn and the Road Ahead: An Update on Exam Results 2020

Home > Media > Publications > The U-Turn and the Road Ahead: An Update on Exam Results 2020

The frustration, disappointment, and in some cases heartbreak felt by a significant amount of students receiving their A-Level Results reverberated around England, Wales and Northern Ireland on Thursday 13 August 2020 and the days which followed. Students predicted AAB received BCD with no transparent explanation (instead referred to the standardisation algorithm devised and employed by Ofqual) while others lost their hard-fought places at university. Whilst there was an appeals process, this was difficult to navigate (please see the labyrinthine flowchart created by my colleague, Kawsar Zaman) and restrictive, including no direct right of appeal for an individual directly to an exam board.

A plethora of questions were subsequently asked of the system, adopted in place of the cancelled May/June 2020 exams owing to Covid-19, and a number of systemic challenges were threatened by organisations such as the Good Law Project and Foxglove Legal. Pressure continued to mount on the Government to amend the process, with further guidance published by Ofqual over the weekend as to the use of “mock exams” before being withdrawn within hours.

On Monday 17 August 2020, following similar announcements from the devolved administrations in Wales and Northern Ireland, the Government announced a significant U-Turn in respect of the award of GCSE and A-Levels in 2020: the algorithm has now been scrapped and pupils are to be awarded the higher of their:

Despite this significant U-Turn, it remains the case that the road ahead is not necessarily clear. It is important to look behind the headlines and carefully consider where that leaves affected students now, particularly noting that there are at least two categories of students who may continue to feel aggrieved:

In respect of the first category of students, contact should be made with the relevant university admissions team to find out if they would be able to honour the conditional offer originally made. In this regard, it is noted that the Government also announced on 17 August 2020 that the cap on university places would be removed for this year, however this does not necessarily mean that there will be a place available for all students who have now met their offers – Universities will have to promptly grapple with practical considerations as to their capacity to take all such students (such as their teaching space, staff, learning resources and externally-set course caps), in circumstances where some courses are scheduled to commence in a few short weeks.

Where the university decides that it cannot offer a place to those previously deemed unsuccessful in their application based on their “Moderated Grades”, a question would arise as to whether there is any legal remedy open to the student in circumstances where they are not yet an enrolled student at the university. For example, complaints to the Office for the Independent Adjudicator (the independent body established to review student complaints about higher education providers), can only be made by current or former registered students and cannot be made in respect of admissions. While consideration might usefully be given as to whether an application for judicial review against the university might be made, care will need to be taken in assessing the merits of each individual case and the remedies that might be ordered by the Administrative Court (e.g. would the university be ordered to reconsider their decision on admission, or would the court go further and order the university to offer a place to the student).

In respect of the second category of students, which will include those GCSE students set to receive their grades on Thursday, no amended guidance has yet been provided by Ofqual as to what may be done if they do not consider that the CAG provides a true indicator of their attainment or likely attainment in exams. If inspiration is taken from the appeals guidance previously issued, which remains online and unamended despite large swathes of it now being superseded by the Government U-Turn, students might be invited to consider whether to sit the cancelled May/June 2020 exams at the next available opportunity. The previous guidance noted in this respect that:

Alternatively, a challenge to the CAG might be made by the student. With the algorithm taken out of the equation, any dispute would therefore be between the student and their school. In the original guidance for teachers, students, parents and carers issued by Ofqual, it was stated that this type of challenge was not possible, as “any appeal would have to be undertaken by someone better placed than the student’s teachers to judge their likely grade if exams had taken place – in the unique circumstances of this summer, we do not believe there is any such person.” (p.14)

There does, however, remain some scope for students to challenge their CAG, with the existing guidance stating that:

“If students or others have concerns about bias, discrimination or any other factor that suggests that a centre did not behave with care or integrity when determining the centre assessment grade and/or rank order information they should normally raise these concerns with their centre, in the first instance; or they could take their concerns to the relevant exam board if this was the more appropriate route. Where there is evidence, we require exam boards to investigate such allegations as potential malpractice or maladministration.” (p.14)

Whether this guidance is amended in the coming days remains to be seen, but at present it can therefore be stated that a student wishing to challenge their CAG may raise a complaint of bias, discrimination or any other factor suggesting an absence of care and integrity with their school or college and/or take their concerns to the relevant exam board.

A question on which further guidance remains awaited relates to the “triple lock” which was originally announced by the Secretary of State for Education on 12 August 2020 in the following terms: “Students who would like to use a valid mock result will be able to do so through the appeals process, with individuals notifying their school or college who will provide evidence of their mock results to their exam board”. Guidance was briefly published by Ofqual over the weekend of the 15-16 August 2020, before being promptly withdrawn.

In conclusion, it is clear that while the Government U-Turn may remedy the difficulties faced by a range of students, the road ahead is not necessarily clear for others: students, schools, colleges and universities are now left to grapple with a range of remaining questions, including in respect of private candidates and those studying Vocational and Technical Qualifications (“VTQs”) such as BTECs or the International Baccalaureate (whom Ofqual has issued separate guidance and an updating statement, the latter published late on 18 August 2020).

Further contributions to this series of articles over the coming days will seek to address those remaining questions as further guidance is published. 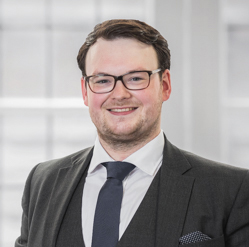 
Date: Tue, 05 Jan 2021
Results Day 2020: How to Appeal GCSE and A Level Results
This year there will be confusion and concern for students and staff alike...


Date: Thu, 13 Aug 2020
What is the hidden impact of the menopause at the Bar?
Could menopause be impacting on the poor rates of retention of women at senior levels?...