The judgment handed down by the Supreme Court in the case of XX (Respondent) v Whittington Hospital NHS Trust (Appellant) [2020] UKSC 14, on 1 April 2020, fundamentally changed the landscape in the United Kingdom for recovering the cost of surrogacy arrangements. By a majority, it determined that a person may claim damages to fund the cost of surrogacy, both commercial in a country where it is lawful and non-commercial, using her own or donor eggs.

In XX, the Claimant developed stage IIB cervical cancer as a result of the Defendant’s negligence in failing to interpret smear tests and biopsies correctly. Subsequently, the Claimant underwent invasive treatment for the disease, which resulted in a complete loss of fertility. As the Claimant had always wished to have a large family, the consequent proceedings included heads of loss for damages to fund the cost of surrogacy arrangements in California where commercial surrogacy is legal and regulated.

It is unsurprising that this claim made its way to the Supreme Court to provide the necessary clarity on longstanding questions regarding the recoverability of such costs. The fundamental questions the Court had to consider were:

By a majority, led by Lady Hale, the Supreme Court said “yes” to each of the three questions. Those dissenting (Lords Carnwath and Reed) agreed with the majority on the first two questions but would have answered “no” to the final question.

These were the same questions posed to the Court nearly two decades previously in the landmark case of Briody v St Helen’s and Knowsley Area Health Authority [2001] EWCA Civ 1010; [2002] QB 856. In Briody, the Claimant suffered a sub-total hysterectomy, where her ovaries were left intact, as a result of medical negligence. As with XX, the Claimant brought proceedings which included heads of loss for damages to fund the cost of commercial surrogacy arrangements in California.

In Briody, both the High Court and the Court of Appeal dismissed the claims for damages to fund commercial surrogacy arrangements in California. In the Court of Appeal, (the then) Lady Justice Hale’s judgment focused on two primary reasons for the dismissal. First, the Court was unpersuaded that using donor eggs with a surrogate mother was in keeping with the principle upon which damages in tort are assessed, i.e. to put the Claimant in the position they would have been in had the negligence not occurred. Instead, the Court felt the process would put the Claimant in a completely different position: “Neither the child nor the pregnancy would be hers”. Second, the Court agreed that commercial surrogacy in California was “contrary to the public policy of this country, clearly established in legislation, and that it would be quite unreasonable to expect a defendant to fund it.”

However, the majority in the Supreme Court took a different view in XX.

Firstly, with regards to the principle of tort law, Lady Hale agreed with Lady Justice King’s judgment in the Court of Appeal that: “psychologically and emotionally the baby who is born is just as much ‘their’ child as if one of them had carried and given birth to him or her”. Against this background, the Supreme Court found that the view that the donor eggs were not restorative was “probably wrong then and is certainly wrong now”. Lady Hale stated that:

“46. It was argued for the claimant that this is no different from other artificial means of replacing what has been lost, for example, by having an artificial limb fitted to replace the one which has been amputated. It is not one’s own genetic material and it is not as good as a real limb, but it is the closest one can get to putting the claimant in the position she would have been in had she not been injured. Of course, the analogy is not exact, because the claimant is not being supplied with a replacement womb. But in many ways that is indeed what she is being supplied with, albeit temporarily, through the generosity of a surrogate mother who offers the use of her own womb.

47. Not only that, as counsel had argued for Mrs Briody, a woman can hope for four things from having a child: the experience of carrying and giving birth to a child; the perpetuation of one’s own genes; the perpetuation of one’s partner’s genes; and the pleasure of bringing up a child as one’s own (para 24). Donor egg surrogacy using a partner’s sperm gives her two of those. And for many women, the pleasure of bringing up children as one’s own is far and away the most important benefit of having children. If this is the best that can be achieved to make good what she has lost, why should she be denied it?”

As to the point regarding whether it was contrary to public policy to allow the recoverability of commercial surrogacy costs, the Court compared the expense items of surrogacy in the UK in 2020 with those of surrogacy in California. The Court found that, although the expenses may be in excess of those deemed reasonable in the UK, “many of the items in the Californian bill would also be claimable if the surrogacy took place here”. As a result of these developments, the Court concluded that it is no longer contrary to public policy to award damages to fund the costs of a foreign commercial surrogacy.

The Supreme Court’s decision prompts the question: what changed between Briody in 2001 and XX in 2020?

To answer this question, it is important to understand both the legislative and social contexts in which the decisions of Briody and XX were made. The UK legislation for surrogacy was drafted in the 1980s on the recommendations of The Warnock Report of 1982 and the UK’s first commercial surrogacy. The Warnock Report noted the risk of financial exploitation and that surrogacy was liable to moral objection. It recommended that even a non-profit making surrogacy service was inappropriate as it would encourage the growth of surrogacy and that the creation or operation of both commercial and non-profit surrogacy agencies should be criminally prohibited. Clearly, the legislation was intended to discourage surrogacy in the UK.

As commercial surrogacy has remained unlawful in the UK, individuals have sought commercial surrogacy arrangements abroad. As a result, the Courts have had to deal with the pragmatics of those returning to the UK with their children. In 2008, some seven years after Briody, the case of X & Y (Foreign Surrogacy) [2008] EWHC 3030 (Fam) was heard in open court to highlight the problems of surrogacy legislation in England. In X & Y, the payment made to the surrogate mother in Ukraine exceeded what was reasonable under English legislation. When considering whether the payment was acceptable, the Judge had to choose between offending English law and the welfare of a child who would otherwise be “marooned stateless and parentless”. Mr Justice Hedley noted that: “Parliament is clearly entitled to legislate against commercial surrogacy and is clearly entitled to expect that the courts should implement that policy consideration in its decisions”. However, the Court had to weigh up public policy against the child’s best interests and the latter prevailed. This trend has continued and, as Lady Hale stated, evidence suggests that a parental order has never been refused because too much was paid.

The two decades between both decisions saw significant changes in social attitudes. As the 2000s progressed, shifting social attitudes precipitated the introduction of civil partnerships, gay marriage and same sex couples adopting into legislation. Indeed, the Court had to consider a much wider definition of what constituted ‘family life’ for XX in 2020 than it did for Briody in 2001.

In addition, one must consider the changes in surrogacy. In 2016, the High Court declared the inability of the Courts to grant parental orders to a single parent as incompatible with the Human Rights Act[1]. The Law Commission considered this and other areas where surrogacy required reform and its consultation sets surrogacy on a new and less restrictive pathway, where commissioning parents will be the legal parents from birth. It is in these shifting legislative and social contexts that the reversal of Briody by the judgment of XX must be placed.

When XX was before the High Court on its journey to the Supreme Court, Sir Robert Nelson noted that “change must be brought about by the Law Commission and Parliament, or perhaps the Supreme Court” to provide the necessary clarity to the longstanding questions surrounding commercial surrogacy. The judgment in XX provides that clarity and is of paramount importance for clinical negligence and personal injury lawyers going forwards. For women who have been left unable to have children as a result of negligent acts or omissions, it will no doubt bring hope that they too can experience parenthood. Inevitably there will be a number of cases in the near future concerning what the reasonable costs of surrogacy will be in each individual case.

Richard Grimshaw undertakes a broad spectrum of clinical negligence, personal injury and inquest work acting on behalf of both claimants and defendants. He is ranked by Chambers UK Bar 2020 and Legal 500 2020 (Tier 1) for his clinical negligence work.

Lois Norris is a second six pupil in the Personal Injury and Clinical Negligence Groups and is developing her practice in these core areas. She has assisted with a number of high value and challenging cases both during pupillage and prior to coming to the Bar. 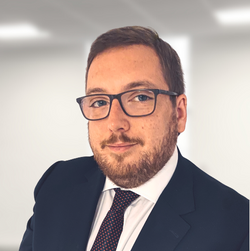 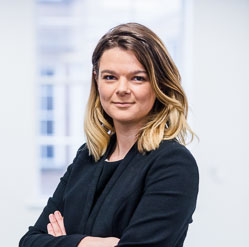