What did the trade unions ever do for us? The two-day weekend! Minimum wage! Sick pay! Train cancellations? Delayed post? Fewer nurses on shift?

Collective action has been pivotal in securing rights and improved the living standards of the UK’s workers. Strikes are an essential means of achieving this progress. They work for the very reason that makes them so inconvenient – they are designed, in part, to show how much harder life would be without the people on strike doing their jobs.

The last six months have been marked by industrial action, notably in the public sector and in the rail industry, where pay negotiations have reportedly been stymied by ministers.[1]  Public sector pay has stagnated, the cost of living has risen dramatically and employers are looking to reform their workforces. It is therefore no surprise that when negotiations fail, workers are voting to strike. What does surprise is that the government appears to be moving to curtail the effectiveness of industrial action in response.

The bill seeks to impose a basic level of provision in health, fire, education, transport, nuclear and border security services during industrial action, at levels set by the Secretary of State for Business, Energy and Industrial Strategy.[3]

The stated aim appears to be “ensuring key transport, travel and trade routes don’t completely shut down on strike days”.[4]  The Department for Business, Energy and Industrial Strategy has labelled the bill as a form of minimum or essential service legislation.[5]

The International Labour Organisation, which BEIS has invoked in their press release about the bill, recognises that strike action could be constrained or prohibited in two scenarios:[6]

The bill is problematic by reference to this definition, which would weaken any arguments that it amounts to a proportionate interference with the Article 11 right to freedom of association.

As is apparent from measuring the bill against the ILO’s conditions, the bill appears to be an extraordinarily blunt tool which, in its current state, would deprive millions of employees of the possibility of withdrawing their labour, across various sectors that do not meet the threshold of an essential service and at a time when no union has intimated striking indefinitely, let alone begun to do so.

It is possible that the bill is intended as an aggressive gambit in the government’s ongoing negotiations with NHS, border force and rail workers. However, if it were to become law, it would not be surprising to see legal challenges in response, given that UNISON, NASUWT and the TUC have already separately brought judicial review proceedings against last summer’s changes in respect of agency worker use during strikes.[11] 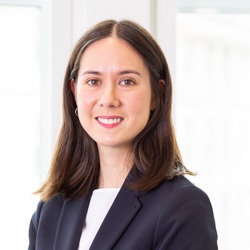 Employers Redundancy Rights
With reports of more people facing redundancy in the coming months, No5's Andrew Rhodes explains everything employers need to know if faced with the possibility of making staff redundant....


Date: Fri, 29 Jul 2022
The Sewell Report and the Meaning of Institutional Racism
Oliver Lawrence examines the approach taken by the Sewell report to the concept of institutional racism...