Showing a good reason for delay: recent High Court decisions on the application of Section 4 of the Inheritance (Provision for Family and Dependants) Act 1975

Home > Media > Publications > Showing a good reason for delay: recent High Court decisions on the application of Section 4 of the Inheritance (Provision for Family and Dependants) Act 1975

Section 4 of the 1975 Act provides that an application for an award under the Act “shall not, except with the permission of the court, be made after the end of the period of six months from the date on which representation with respect to the estate of the deceased is first taken out”.  Often described as “neutral”, this provision gives little guidance on how the courts will approach an application to set aside.

1. The court’s discretion is unfettered but must be exercised judicially in accordance with what is right and proper.
2. The onus is on the applicant to show sufficient grounds for the granting of permission to apply out of time.
3. The court must consider whether the applicant has acted promptly and the circumstances in which she applied for an extension of time after the expiry of the time limit.
4. Were negotiations begun within the time limit?
5. Has the estate been distributed before the claim was notified to the defendants?
6. Would the dismissal of the claim leave the applicant without recourse to other remedies?
7. Looking at the position as it is now, has the applicant an arguable case under the 1975 Act if the application is allowed to proceed?

Two recent High Court cases, Cowan v Foreman [2019] EWHC 349 (Fam) and Re Bhusate (Deceased) [2019] EWHC 470 (Ch), placed particular emphasis on whether there is a good reason for the delay when considering the second guideline.

Cowan concerned an application by the widow of the Deceased brought nearly seventeen months out of time in the context of an estate worth about £16 million. Mostyn J (at [4]) stressed the importance of the six-month time limit on the basis that it obviates unnecessary delay in the administration of estates and protects both beneficiaries and the court from being vexed by stale claims.  In a move that will no doubt have significant repercussions for practitioners in this area of law, the judge went on expressly to dismiss the suggestion that standstill agreements should provide a good reason for delaying the instigation of proceedings, stating (at [34]): “it is not for the parties to give away time that belongs to the court. If the parties want to agree a moratorium for the purposes of negotiations, then the claim should be issued in time and then the court invited to stay the proceedings while the negotiations are pursued. Otherwise it is, as I remarked in argument, simply to cock a snook at the clear Parliamentary intention”.  While, on the facts of the case, the judge did discount the five month period for which the standstill agreement was effective for the purposes of calculating the delay, he expressed the firm view (at [35]) that: “a moratorium privately agreed after the time limit has already expired should never in the future rank as a good reason for delay”.

Re Bhusate concerned an application brought by a widow over twenty five years out of time and in relation to an estate worth just over £850,000 (having risen from a value of £135,000 as a result of the rise in property prices).  Chief Master Marsh found that the particular factual circumstances of the case provided good reason for the delay (see [59-62]), in particular:

1. the applicant was uneducated and unable to speak English at the time of the Deceased’s death;
2. she was entirely dependant upon legal advisers, who had served her poorly in advising her to extract a grant when she had no understanding of the consequences of taking the grant in relation to the 1975 Act;
3. the dynamics in the family were “profoundly awry” and, in the face of the hostility of her step-children, the applicant was effectively “powerless” to act either in the administration of the estate or in bringing a claim;
4. the applicant could not afford to issue a claim on the evidence she relied upon at the point of issue.

In stark contrast to the decision in Cowan, Chief Master Marsh found that the applicant’s advisers were right to encourage her to delay issuing in favour of ADR, even in light of the delay to date.

With an appeal pending in Cowan, practitioners will no doubt await the decision of the Court of Appeal with interest.  Until then, practitioners would be advised to treat standstill agreements with extreme caution and to ensure that any application under Section 4 gives significant treatment to the reason why the claim was not brought within time. 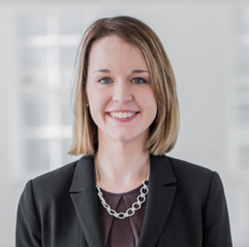