At the start of December, we observed a consolidation of the sentencing procedure law into the Sentencing Act 2020. The Sentencing Code now applies to all convictions both on or after 1st December 2020, irrespective of when or at what time the offence was committed.

The Sentencing Code provides a clear direction in relation to over 50 pieces of legislation and directs that a sentencing exercise ought to be resolved by way of the Act along with any other relevant council guidelines and procedure rules. Where concerns are raised regarding the implementation of harsher sentences, the sentencing code has already codified and adopted the older or less-harsh provision. As such, it is apparent that the court will benefit from not being required to reference the older versions of legislation.  As a consequence of the way in which older legislation has been adopted and the drafting of the sentencing code, there ought to be no basis that proceedings could be challenged under Article 7 of the Human Rights Act 1998.

Where an individual is required to be resentenced following breach proceedings, slip rule hearings, or appeal hearings, the Code will not apply. The court will retain the power that the original sentencing court had, as if the defendant were pleading or following a finding of guilty on that day.

When considering the Sentencing code, all practitioners must take into consideration that the Sentencing Act does not take into account every disposal available to the court but does signpost issues relating to other disposals available. The Act currently excludes a number of disposals including:

a) Reference of the provisions of the Road Traffic Act;

b) Confiscation proceedings under POCA 2002;

c) The releasing of offenders from custody;

d) References and intervention by probation;

Counsel will find that those drafting the Sentencing Act have provided a table to assist the ‘pre-code law’ with the current ‘code law’. The Code does not conflict with the guidelines, however it may be amended in the future following the natural changes and progression of case law and statute.

For further guidance please consider the following documentation provided by the sentencing council:

The Sentencing Code, 10 Thinks to know 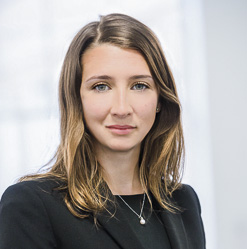