Crucial rulings affecting thousands of workers in the fast - growing "gig" economy will inevitably lead to more challenges by workers in this sector who seek workers' rights such as access to reasonable adjustments and holidays.

To put things into context, no less than 60% of self-employed people work in the transportation or storage sector with many more in the low paid food and cleaning industries.

In two on-going cases: Aslam and Farrar and others v Uber BV, Uber London and Uber Britannia Ltd, and Pimlico Plumbers Ltd and another v Smith, the claimants are basically seeking the same ends - their entitlement to minimum wage and paid leave, arguing that, they are arms' reach third party contractors running their own businesses, they would have no such rights.

In the case of Aslam and Farrar v Uber, the ET found against the latter, whilst in Pimlico Plumbers v Smith, the Court of Appeal ruled against the former, but the Supreme Court has given Pimlico Plumbers permission to appeal with the hearing set for February 2018. Uber's application to "leap frog" an appeal to the Supreme Court has been refused and Uber has yet to exercise the right of appeal.

The two cases are similar in that they both raise the fundamental question of whether workers in both instances can be seen as self-employed or workers, with all the rights that implies.

In the Uber case, Mr Aslam and Mr Farrar were put forward by the GMB union in a test case for 40,000 individuals currently operating as Uber drivers, of which three quarters are based in London. Uber contended that the drivers were running their own businesses, keeping their own accounts and declaring their own tax. As such they were third party contractors without any employment relationship or rights.

The drivers contended that they were workers and as such entitled to rights under the National Minimum Wage Act 1998 and the Working Time Regulations 1998 which afforded them paid leave.

"The notion," said the Tribunal, "that Uber in London is a mosaic of 30,000 small businesses linked by a common platform is to our minds ridiculous"; "Simple common sense argues to the contrary".

In the case of Pimlico Plumbers v Smith, the Court of Appeal's decision was that a plumber who signed an agreement with the company describing himself as self-employed was in fact a worker.

Mr Smith was required under the contract to wear Pimlico's uniform, use a van leased from Pimlico (with a GPS tracker and the company's logo), and work a minimum number of weekly hours. He could choose when he worked and which jobs he took, was required to provide his own tools, and handled his own tax and insurance.

Mr Smith brought claims in the ET that were dependant on his being a "worker". When Mr Smith's case reached the Court of Appeal, it accepted that he was a worker, entitling him to some basic employment rights, such as the right to be paid the national minimum wage and holiday pay.

The upcoming Pimlico Plumbers ruling by the Supreme Court and the eventual outcome at Uber will undoubtedly lay the ground for more test cases by this significant sector of the UK workforce.

Charles Price is a member of the Employment Group at No5. 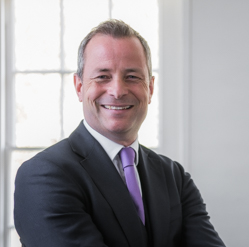