This analysis was first published by Lexis®PSL on 5th May 2021.

PI & Clinical Negligence Analysis: The Claimant, a licensed taxi driver, brought a claim including £11,825.49 in respect of hire charges relating to his taxi which was damaged in an RTA. The hire claim was fully dismissed at the contested MOJ Stage 3 Hearing as the Claimant had not made a claim for, or provided any evidence in support of a loss of profit (Hussain v EUI Limited followed).

The Claimant successfully appealed against that decision on the grounds that the Defendant had failed to properly identify the basis for disputing hire within the RTA Protocol, having raised only the issue of rates within Stage 2 and the issue of loss of profit for the first time at the Stage 3 hearing itself (paras 7.31 and 7.66 RTA Protocol and Practice Direction 8B considered).

The dismissal was set aside. The Court declined to transfer the matter to Part 7 and remitted the case back for determination at a Stage 3 hearing before a different District Judge. (Hulholland v Hughes considered).

What are the practical implications of this case?

This decision is not limited in scope to hire claims or taxi claims, but rather is of significant importance and application in all claims subject to the RTA Protocol.

It aptly demonstrates that when disputing a claim, a defendant is required to fully explain the basis of any challenge within the Stage 2 Settlement Pack (para 7.41 of the RTA Protocol).

‘A defendant cannot object to a claim under a particular head of damage raised by the claimant at Stage 3 except on grounds raised at Stage 2’.

This case is a stark warning to all defendants that they should properly set out the basis of any dispute (which in the context of hire would be to identify the issue of need, rate, period, intervention, contract, loss of profit or otherwise). The same would similarly apply to any other disputed claim (particularly areas such as rehabilitation costs or loss of earnings, which are often the subject of various legal challenges).

Furthermore, even in a technical area such as credit hire, the court demonstrated an unwillingness to ‘brush’ the defendant’s failure to properly identify the grounds of dispute ‘under the carpet’ and resolve the issue by transfer to Part 7, where a full defence as to quantum would have been permitted.

What was the background?

The claimant brought a claim against the defendant/respondent following an RTA in which his taxi sustained damage. In addition to claiming for credit hire charges of £11,825.49 in respect of the hire of a replacement vehicle while his own vehicle was unavailable, the claimant sought to recover damages for personal injury and storage. Vehicle repair charges had been agreed.

Liability was admitted within the portal at Stage 1. As damages could not be agreed at Stage 2, pursuant to CPR PD 8B, a claim was brought under CPR 8, following which the matter proceeded to a hearing at Stage 3 on 21 July 2020. At that hearing, the defendant argued that the appropriate remedy open to the claimant was to claim for loss of profit and not hire in accordance with Hussain v EUI Ltd [2019] EWHC 2647 (QB). As the claimant had evidently neither made a claim for loss of profit nor provided any evidence to support personal use of the damaged vehicle or any need to continue working, the hire claim was dismissed, although judgment was given for storage and repairs in the sum of £4,076.

The claimant appealed (with the permission of the Deputy District Judge) arguing that it was not open to the defendant to raise the issue of loss of profit for the first time at the Stage 3 hearing in circumstances where the only dispute identified by the defendant at Stage 2 in respect of the credit hire charges was in relation to the rate of hire.

In particular, the claimant relied on the decision of His Honour Judge (HHJ) Freedman in Mulholland v Hughes [2015] Lexis Citation 333, where the claimant’s appeal succeeded in circumstances where the defendant had failed to raise the issue of need at Stage 2 and went on to argue need at Stage 3. [While acknowledging that the Settlement Pack and Response were not pleadings, the court in Mulholland considered that they were analogous and therefore principles that derived from the rules governing statements of case in CPR 16, and Schedules of Loss in the Practice Direction to Part 16 were of application].

The defendant argued that the argument was appropriately raised when it was and further, that litigants are not obliged to point out their opponent’s mistakes (Barton v Wright Hassall LLP [2018] UKSC 12).

What did the court decide?

Although reaching the same practical conclusion as HHJ Freedman in Mulholland, specifically agreeing with the judgment at para [38], the court, in this case, carried out an analysis of the RTA Protocol and Practice Directions (rather than focussing on CPR 16) in such a way to, ‘give effect both to the literal meaning of the words and to their spirit and intendment’ (para [54]).

The court interpreted paras 7.41 and 7.66 of the RTA Protocol in conjunction with CPR PD 8B as creating an environment where disputes not raised by the defendant at Stage 2 could not be relied on at Stage 3. In considering the decision of Phillips v Willis [2016] EWCA Civ 401, where Lord Justice Jackson referred to the ‘inexorable character’ of ‘the RTA process’, and in Blair v Wickes Building Supplies Ltd [2019] EWCA Civ 1934 where Lord Justice Baker described the Pre-Action Protocol for Low Value Personal Injury (Employers’ Liability and Public Liability) Claims (regarded as being ‘closely analogous to the RTA Protocol’ (para [55])) as ‘a tightly drawn and standalone code with tight deadlines and draconian sanctions, all of which strongly encourage compliance’.

‘It is clear from the strong language of the Court of Appeal that defendants must comply with the clearly expressed requirements of the Protocol and that they will not be permitted to gain any forensic advantage from their failure to do so.’

Following judgment on the appeal, the defendant sought to persuade the court to transfer the matter to Part 7 so that there would be an opportunity to file and serve a defence and evidence in relation to need, period, rates and impecuniosity. In declining that request and remitting the claim back to Stage 3, the court concluded that it was ‘too late’, commenting at para [60] that:

'Although this is quite a high claim for car hire, on the material before the Court it does not involve any complex issues of law or fact which are not suitable for resolution at a Stage 3 hearing'. 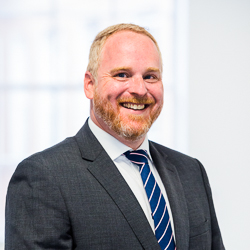