The name of this case may seem familiar; perhaps too familiar given the time it usually takes for matters to proceed through our court system. However, you’d be right. This is the third preliminary issue in the matter of Harry Roberts (a minor and a protected party by his mother and litigation friend Mrs Lauren Roberts) v Soldiers, Sailors, Airmen and Families Association (1), Ministry of Defence (2) and Allegemeines Krankenhaus Viersen GMBH (3) [2020] EWHC 994 (QB) to be determined by the High Court and the second in less than twelve months.

The case concerns the alleged injuries suffered by Harry Roberts during the course of his birth on 14 June 2000 in the Allegemeines Krankenhaus in Viersen, North-Rhine Westphalia, Germany (“the AKV Hospital”), which provided medical services to members of the UK Armed Forces and their families.

The Ministry of Defence (“MOD”) provided healthcare services in Germany by way of two contracts: one with the Soldiers, Sailors, Airman and Families Association (“SSAFA”) for the provision of general nursing and secondly with Guy’s & St Thomas’s Hospital NHS Trust (“GSST”) for procuring non-emergency healthcare. GSST then contracted with the AKV Hospital to provide clinical services, including obstetrics, to British service personnel and their families. The MOD indemnifies SSAFA but argue that it is their liability. SSAFA deny vicarious liability on the basis that the relevant midwife was working under the control and instruction of the AKV Hospital. The contractual details are beyond the scope of this article ([23] – [47]).

At the time, Harry’s father was a serving member and his mother was a former member of the armed forces. It is alleged that Harry suffered an acute profound hypoxic brain injury due to the failings of treating clinicians. These failings were not immediately clear to Mr and Mrs Roberts and, even when there were concerns, it was unclear whether this was due to the care provided by the British midwife or the German obstetrician or both. Typically in the UK the same healthcare provider would employ both and therefore no problems would arise. Sadly, the same cannot be said here and it has given rise to a number of issues about jurisdiction and limitation.

Previously, Mr Justice Dingeman held that the English courts have jurisdiction to hear the Part 20 proceedings ([2016] 11 WL UK 77). More recently, Mr Justice Soole, confirmed that the Civil Liability (Contribution) Act 1978 had overriding effect when issues of private international law arose and therefore that the English defendant was not time-barred when it issued Part 20 proceedings against the German Part 20 defendant [[2019] 3 WLR 343). The issues, however, did not stop there.

In the most recent decision, Mrs Justice Foster had to decide whether English (as the Claimant argued) or German law applied and, if the latter, whether the claim was time-barred.

Section 11 of the Private International Law (Miscellaneous Provisions Act) 1995 (“PILA”) states the “general rule that the applicable law is the law of the country in which the events constituting the tort […] occur”, with s.12 providing for displacement of that general rule if the significance of factors connecting the tort with another country make it “substantially more appropriate” to use the law of that country. The authorities confirm that the threshold for invoking s.12 is very high and rarely occurs. The court considered the evidence of Mr and Mrs Roberts and treating clinicians, particularly the midwives, as to the practical nature of the control within the AKV hospital, together with objective factors such as the regulation, training and employment of midwives and the contracts between the different organisations. Upon evaluation, Foster J noted that there were “a number of factors going both ways” and therefore there was no “clear preponderance of factors connected to the tort itself, tying this case to England” ([132] – [141])

Foster J considered the date of accrual and, in circumstances whereby the claim was time-barred, whether the limitation period was suspended or inhibited or should otherwise be disapplied.

The court heard expert evidence on the issues of foreign law, which are discussed in detail ([192] – [280]). It was agreed that if the Claimant has relevant knowledge prior to 1 January 2002, absent any suspension, then the matter would be time-barred.

Foster J concluded that the date of accrual occurred in 2002, so the claim was not statute barred. This followed much factual analysis and consideration of the German authorities ([225] – [230]), which are perhaps more generous to a Claimant as to when the relevant knowledge is acquired in comparison to its English counterpart.

For the sake of completeness and in the event that the determination on the date of accrual was wrong, Her Ladyship also considered whether the German limitation period should be disapplied. Under German law, the limitation period can be inhibited or suspended in certain circumstances, such as negotiations; however, the factual matrix did not support that position in Foster J’s conclusion ([264] – [274]).

Alternatively, the Claimant argued that the application of the German limitation period would be contrary to public policy pursuant to section 2 of the Foreign Limitation Periods Act 1984 (“FLPA”). Foster J commented that the case law on the issue “approached undue hardship on the basis that undue means excessive in all the circumstances. It means greater hardship that the particular circumstances of the case warrant. In other words, on the particular facts, disproportionate” [173]. She adopted the principles enunciated by Wilkie J in The Komininis [1990] 1 Lloyds Rep 541, as modified by Picken J in Kazakhstan v Zhunus [2017] EWHC 3374 (Comm) and acknowledged the need for caution in exercising the discretion too widely, before concluding that in her interpretation “hardship” “must therefore be a detriment of real significance which should not be countenanced” [181]. The relevant factors in this case included Mrs Roberts’ considerable stress following her first birth in a foreign country where she did not speak the language or understand much of what was said around her; the circumstances of Harry’s injury; the complicated background to the provision of care; and, the interrelationship between the care givers. In those very specific circumstances it was therefore held that the high threshold was met and undue hardship would have occurred.

This case certainly demonstrates the intricacies and practical difficulties involved in private international law in the context of clinical negligence. The nationality of the Claimant and the tortfeasor, the UK-based training, regulation and indemnification of the midwife, and treatment whilst in service of the British Crown, were insufficient to displace the general rule of lex loci delicti commissi under section 12 PILA. It must be remembered that it is the factors connected to the tort itself which must tie the case to another jurisdiction other than the one in which it occurs. However, whilst there are no certainties of success, this case does also demonstrate that the wide discretion afforded under the FLPA can ensure that injustice is avoided in the most deserving of situations. 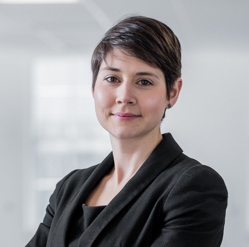