Rectify me if I’m wrong

In a decision handed down on 31 July 2019, the Court of Appeal in FSHC Group Holdings Ltd v Glas Trust Corporation Ltd [2019] EWCA Civ 1361 have clarified the test for contractual rectification on the basis of common mistake. Gone are the days of the objective test articulated in Lord Hoffman’s obiter remarks in Chartbrook Ltd v Permisson Homes [2009] UKHL 38 as we enter a period of much needed clarity. Leggatt LJ, delivering the leading judgment to which Rose LJ and Flaux LJ assented, comprehensively delved into the history of the law on rectification and arrived at a neat and practical conclusion.

In FSHC Group Holdings Ltd, the Claimant, also referred to as “the Parent”, sought rectification of two deeds. These were executed by the Parent and Barclays Bank plc, the original defendant to these proceedings, who was replaced as security agent by GLAS Trust Corporation Limited in between the first instance decision and the appeal. At first instance, Carr J found as a fact that the intention of both parties was to provide missing security to a shareholder loan that should have been provided by the Parent during a corporate acquisition in 2012. In fact, by mistake, the deeds placed additional obligations on the Parent beyond that of the missing security. The deeds were rectified to give effect to the parties’ true intention.

In his analysis of the law, Leggatt LJ helpfully considered what is known as the “outward expression of accord” and what exactly is required for a finding of common intention. The court must be satisfied that the parties actually understood each other to have the same intention. However, an "outward expression of accord” might, in some circumstances, be communicated tacitly and there exist situations where silence speaks volumes. Context is vital.

Make no mistake, establishing a successful claim for rectification is no easy task. The subjective test “is rightly a demanding test to satisfy” and sets a high bar for parties seeking rectification. Contemporaneous evidence of the parties’ actual intention will be paramount. FSHC Group Holdings Ltd strikes a necessary balance: it upholds the certainty of written contracts, whilst allowing, in a clear and narrow set of circumstances, equity to step in and correct a written instrument where it does not reflect the actual intention of the parties. 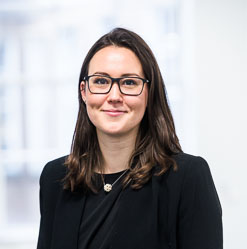