The issue as to whether it was reasonable for a Claimant, who was legally aided, to change funding to a Conditional Fee Agreement (CFA) before the introduction of the Legal Aid, Sentencing and Punishment of Offenders Act 2012 (LASPO) has featured in numerous cases in recent years. All of those decisions have gone against the Claimant.

In 2010, the Claimant, through his litigation friend, instructed solicitors and was granted Legal Aid Funding. In February 2013, just before LASPO came into force on 1st April 2013, the Claimant decided to discharge the Legal Aid Certificate and enter into a CFA with additional liabilities of a success fee and ATE premium.

The Claimant settled his claim in June 2017 for a lump sum payment of £3.7 million together with periodical payments of £249,000. The Claimant’s Bill of Costs included a claim for additional liabilities of over £400,000. The Defendant argued that the additional liabilities were unreasonable because the Claimant had previously had alternative methods of funding which could have continued throughout the litigation.

The Claimant argued that the decision had been reasonable, not least because the switch to a pre-LASPO CFA gave him the freedom to instruct experienced experts. From October 2011, the hourly rates which the Legal Services Commission (LSC) was prepared to authorise for experts were significantly restricted.

By November 2012, the expert evidence had developed in such a way which demonstrated that the claim would involve difficult arguments in respect of causation, for which experienced experts would be required. Such experts were likely to charge enhanced hourly rates and were unlikely to be authorised by the LSC. On that basis, therefore, the Claimant’s litigation friend decided to enter into the CFA.

At the first instance decision in June 2018 the Regional Costs Judge found that the Claimant needed the freedom of a CFA “to be free of the shackles of the LSC, in order to properly conduct the litigation”.

On appeal, the Defendant repeated its argument that the reason for discharging the legal aid certificate was too generic and could apply to every case where experts were charging high hourly rates.

Dingemans J found that the lower court’s decision had been reasonable in the light of a serious dispute between experts on causation. He identified the key question was what had changed between December 2010, when Legal Aid had been granted, and February 2013, when the funding arrangement was changed. He found that “a serious dispute had arisen between the Claimant’s experts on the issue of causation, an issue which was critical to the success of the claim. In circumstances where there had already been an issue with one expert’s hourly rate being more than the LSC would authorise, and given the problem with hourly rates being limited by the LSC on other cases, a new funding arrangement was reasonably considered necessary to be made.”

Two other significant issues which have featured in numerous cases regarding the reasonableness of a change of funding were also determined in favour of the Claimant in AB. The first was the failure to advise the client regarding the loss of the Simmons v Castle uplift and the second was a failure to advise on the disadvantages of a CFA. The Claimant had provided witness statements dealing with the issues and Dingemans J upheld the first instance decision that whilst a failure to give proper advice may well affect the reasonableness of the decision to change funding, in a case where breach of duty and causation were in dispute and where prospects of success were borderline, the failures had not affected the decision because success of the claim was not a certainty.

Although LASPO may seem like it is becoming dim and distant history, there are still many high value clinical negligence cases proceeding where there was a switch to CFA funding prior to April 2013, and paying parties have been taking advantage of a flow of recent decisions in their favour. The decision in AB, however, demonstrates that there may well be a turn of the tide, although careful preparation of evidence in support of the reasonableness of the decision (and the failure to provide appropriate advice) will be required for the detailed assessment hearings for the trend to continue. 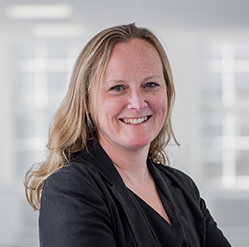