Proportionality - Compared with what? And how to assess.

Home > Media > Publications > Proportionality - Compared with what? And how to assess.

Proportionality has been the watchword in costs for such a length of time that one might have been tempted into thinking that ‘new learning’ on the topic was unlikely.  The Court of Appeal’s decision in West v. Stockport NHS Foundation Trust/Demouilpied v. Stockport NHS Foundation Trust [2019] EWCA Civ 1220 (hereinafter “West”) provides fresh insight, however, in relation to both the matters that will be considered by a judge assessing the proportionality of costs, and also the procedure to be adopted.

The context of the West case is a challenge to the amount of a recoverable ATE insurance premium in a clinical negligence case.  However, its impact will be more widely felt.

Something can only be ‘proportionate’ by reference, or in relation to something else.  For this reason, CPR 44.3(5) provides a test of proportionate costs by reference to the need for a “reasonable relationship” between the costs and five specified factors.  Many have looked no further than those factors and their applicability (or otherwise) to the particular case concerned when considering proportionality.  But that, it seems, is a mistake.

The Court of Appeal has concluded that a ‘wider’ assessment is required, by reference to “all the circumstances” (per rule 44.4(1) CPR) - so as to encompass, potentially, matters falling within the (now) ‘8 pillars of wisdom’ contained in rule 44.4(3); matters which may not relate to the specific case in question, but are nevertheless relevant.  Indeed, the Court expressly confirmed (as part of its reasoning) that,

“failure to satisfy r.44.3(5) does not preclude establishing proportionality by reference to other circumstances under r.44.4”. (paragraph 76)

Exceptions: matters to be left out of the reckoning?

Albeit obiter, the Court of Appeal considered whether there are some items of cost which, when proportionality is considered, “ought to be removed from that part of the assessment”.  It concluded that, “when the judge comes to consider proportionality, there are some elements of costs which should be left out of account” because they are “fixed and unavoidable” or “have an irreducible minimum, without which the litigation could not have been progressed” (paragraphs 81-2).

The Court cited ‘court fees’ as “perhaps the best example”.  With reference to May v. Wavell Group Ltd [2017] 12 WLUK 679 and Malmsten v. Bohinc [2019] EWHC 1386 (Ch), it was noted that VAT and the costs of drawing a bill should be left out of consideration when considering proportionality.

This has, perhaps, been not-uncommon practice.  However, the suggestion that a judge might be persuaded to leave out of consideration court fees and anything else ‘fixed, unavoidable’ or with an ‘irreducible minimum’ is perhaps more surprising.

How to assess: the right approach

Secondly (hereinafter ‘the second stage’), the judge can then consider the proportionality of the resultant total figure; by reference to the matters contained in both r.44.3(5) and r.44.4(1) CPR.  If not disproportionate, that total figure is to be allowed.

If, however, the figure resulting from the line by line assessment is found to be disproportionate by reference r.44.3(5) and r.44.4(1): further reduction will be required by way of a third stage; but any reduction at that stage should only be in relation to categories of cost, or specific periods.  Crucially, any such reduction should not be used to reduce elements properly to be excluded, due their being ‘unavoidable’, as described above.

Having performed any further reductions at this third stage, the resultant total figure will be a proportionate sum to be allowed.  There is no need for any further ‘standing back’ or final review by reference to proportionality.

When to apply the ‘ring-fencing’?

What is not entirely clear is the stage at which the aforementioned ‘excluded’ aspects should be deliberately left out of account or ‘ring-fenced’ – is it only at the third stage, or should such aspects be disregarded in considering the proportionality the (usually) reduced total at stage two?  The wording of the judgement seems to suggest these disregarded/excluded items are only ring-fenced as part of the third stage.   Indeed, this was the approach indicated/proposed by HHJ Wood, in the recent case of Senior v. Blue Air Management Solution [2019] (unreported).

However, the revised bill total at the end of the second stage described above will include items such as VAT and the costs of drawing the bill.  Pursuant to the comments of the Court of Appeal in West at paragraphs 81-84, there is perhaps a good argument that the ‘excluded items’ should be excluded/ring-fenced at the second stage, not just when applying a further reduction as part of what has been described above as the third stage.  Put another way: shouldn’t the ‘excluded’ items of cost be excluded from the determination of whether the resultant total is disproportionate, as well as part of the subsequent (if necessary) process of applying a further reduction?

On wonders, therefore, whether the case of West not only introduces new learning in relation to the relevant factors and process for considering the proportionality of costs, but possibly also imports a means of moderating, to some extent, the potentially draconian implications of the test of proportionality. 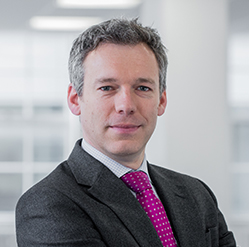