When considering the postponement of an interim relief hearing, can counsel's availability amount to "special circumstances"?

Interim relief is obscure. It's a special remedy that employment tribunals can grant if an ET1 is presented within seven days of dismissal, and the Claimant can prove (at a very swiftly arranged hearing, usually within days) that s/he will probably establish that the dismissal was on grounds of whistleblowing or trade union activities at a full hearing. When interim relief is granted, a 'continuation of employment' order is made, meaning they are guaranteed their salary up until the final hearing - even if they ultimately lose.

Mr and Mrs Lunn pursued whistleblowing claims and included applications for interim relief in their ET1s.

The interim relief applications were listed for hearing on a date the Claimants' direct access barrister could not attend due to prior court commitments. Their barrister requested that the hearing be relisted and provided dates of availability as soon as five days later.

Pursuant to s128(5) Employment Rights Act 1996, the tribunal should not postpone such hearings "except where it is satisfied that special circumstances exist which justify it in doing so". The tribunal refused the Claimants' application for postponement on the basis that counsel's convenience did not amount to special circumstances.

The EAT disagreed and held that, although not usually considered as such, counsel's availability was a special circumstance in this case as the Claimants were faced with a real difficulty of finding alternative representation at such short notice. The special circumstances did not have to be 'exceptional'.

The EAT found that the tribunal had fettered its discretion. It went further and found perversity on the basis that there was a lack of prejudice to the Respondents, a very short delay and the interests of justice so overwhelmingly fell in favour of granting the application. 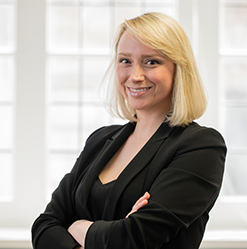