Out of time Inheritance Act claim - use of standstill agreements and hope for late claims?

Home > Media > Publications > Out of time Inheritance Act claim - use of standstill agreements and hope for late claims?

In a decision handed down on 30th July 2019, the Court of Appeal have overturned a controversial first instance decision. Mostyn J had refused permission to bring a claim under s4 Inheritance (Provision for Family and Dependants) Act 1975. The substance of the claim under the Act related to whether a beneficial interest under a discretionary trust, rather than outright provision, failed to make reasonable provision for a spouse. The first instance decision created a stir because, among other findings, Mostyn J made obiter comments that it was not appropriate for parties to enter into ‘stand still agreements’ as an attempt to extend the 6-month time limit for bringing claims under the Act whilst negotiations were underway.

The claim involved a valuable Estate, worth circa £29 million, with the relevant trust assets approaching £5 million. The grant of probate in the estate was made in December 2016 and the time limit expired on 16 June 2019. Mostyn J found that Mrs Cowan chose not to issue a claim in time, but rather tried to work with the will trustees and come to an agreement.

There was agreement reached by letter in January 2018 not to take a point on time, if proceedings were issued late and the parties had a failed mediation in October 2018. On 12 November 2018 Mrs Cowan issued her proceedings and applied for permission to bring the claim out of time. The application was opposed by the Defendants.

Mostyn J concluded that s4 required the Court to find that the claim was arguable and there were good reasons justifying the delay. He found that the claim was unarguable, given the generous trust arrangements, and that there were no such good reasons for the delay. He held that there were 13 months of inexcusable delay in the total period of 17 months between expiry of the time limit and issue of the proceedings. The Court of Appeal concluded that the trial judge was ‘plainly wrong’ to conclude that permission should not be granted.

Lady Justice Asplin, giving the leading Judgment with which the others concurred, strongly disagreed with the finding that the Claimant’s claim was unarguable; Mrs Cowan had a real prospect of success. It was held that the trial judge failed to have proper regard to all the circumstances of the case including the size of the estate, the length of the relationship and the fact that she had no autonomy or security, even over the property in which she lived. Further, the trial judge put emphasis on the Letter of Wishes and wrongly concluded that failure to comply with it would necessarily be a breach of trust.

The Court of Appeal gave further guidance as to the exercise of the s4 discretion. In summary it held:

The possibility of a successful application without a good reason for delay, and the Court of Appeal’s focus on prospects of success and lack of distribution, is likely now to encourage some Claimants to seek permission out of time, in circumstances in which they might not previously have felt they stood a chance of succeeding. However, taken as a whole the Judgment is no more than a restatement of the Berger v Berger factors, and should not properly be seen as making it any easier for claimants with strong prospects in their substantive claim to be granted permission to bring that claim out of time.

The Court of Appeal also discussed Mostyn J’s suggestion that any practice of entering into stand still agreements should come to an immediate end, with parties instead issuing proceedings in time and seeking a stay of proceedings from the Court. Whilst agreeing with Mostyn J that a stand still agreement could not be binding, Lady Justice Asplin held that without prejudice discussions rather than the issue of proceedings should be encouraged and that although a potential claimant will have to take a risk if an application is subsequently made under s4, if both parties have been legally represented it would be unlikely that the court would refuse to endorse the approach. The difficulty for practitioners is that the Court of Appeal have left alive the real possibility of risk to a claimant if they enter into a stand still agreement. Lady Justice Asplin’s judgment did not go as far as it might have done and has not directed that courts should not generally refuse permission where such an arrangement has been reached.

Lady Justice King made brief comments as to the use of stand still agreements, stating that there is a place for them, and suggesting that the issue of proceedings can sometimes lead to a hardening of attitudes and focus on litigation. She reiterated that it would be unlikely that a judge would dismiss an application for an extension of time if there were a properly evidenced agreement to which no objection had been taken by the executors and beneficiaries. Her view was that if the stand still route is to be taken, there should be a clear written agreement setting out the terms/duration and that each of the potential parties should be included in the agreement, meaning the inclusion of beneficiaries as well as just the executors. In such circumstances the application for permission under s4 could be presented as a consent application.

Whilst the comments of Lady Justice Asplin and Lady Justice Black certainly take most of the force out of the first instance Judgment, it seems that the best advice might still be to issue claims and avoid the risk entirely. If a standstill agreement is to be reached, then it should adhere to the guidance laid down by Lady Justice Black. 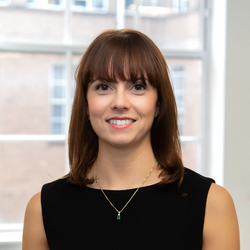