One size fits all?

The recent judgment of the Court of Appeal in Re LC (A Child) (Placement Order) [2020] EWCA Civ 787 should serve as a reminder to practitioners in the field of Children Law that each case has to be considered on its peculiar facts and by reference, where applicable, to the welfare checklist in section 1 of the Children Act 1989 or the enhanced welfare checklist contained in section 1 of the Adoption and Children Act 2002.

Re LC was an appeal from the decision of Recorder Thain sitting at the West London Family Court by which decision the Recorder refused the local authority’s application for a placement order in respect of a child (‘LC’), then aged 2 years.  The Recorder preferred the recommendation advanced by the children’s guardian that the appropriate final order to make in respect of the child was a full care order with a plan for long term fostering and so the Recorder ordered.

LC was born in May 2018 and aged 2 years at the date of the hearing in the Court of Appeal.  She was the youngest of three children in her family. She had two older brothers, X, then aged eight, and Y, aged seven. Their father being a 56-year-old man of Indian heritage.  The children’s mother was a 24-year-old woman of Hungarian Roma heritage with learning difficulties and a diagnosis of paranoid schizophrenia.

In the first of two judgments delivered the Recorder concluded that the threshold criteria under s.31 of the Children Act 1989 were satisfied and that there was no realistic prospect of the children being returned to the care of the parents, but that it was not possible to reach a final decision about the placement of the children at that stage.

The Recorder made findings that the children had suffered neglect, had been exposed to domestic abuse between the parents and had been subjected to excessive physical chastisement. She also found that the parents had failed to prioritise the children’s needs or to establish and maintain routines and boundaries, that they had shown no insight into the effect of their parenting on the children’s emotional development, and that the mother’s mental health problems made it likely that she would become emotionally and physically unavailable to the children in future.

The Recorder also took into account the observations of the psychologist instructed in the case that LC’s behavior indicated a lack of secure attachment as a result of the deficiencies in her mother’s care in the first weeks of her life, coupled with the subsequent moves between foster carers.

The Recorder was critical of the local authority’s response to the guardian’s preference that the three children should be placed together in long term foster care.  At paragraph 79 of her first judgment she said this:

“I was struck by the social worker’s insistence that such a plan would be wrong for LC because, at her age, she required permanence that could only be achieved through adoption. I found that answer lacking in any real analysis of the individual needs of this young child, and the answers appeared to be more in line with a policy decision based on age as opposed to an approach where there was a proper welfare analysis.”

The Recorder noted that the guardian was of the view that in LC’s case the benefits of adoption were outweighed by the advantages of continuing a close relationship with her brothers and that there were frailties in LC’s ability to form attachments which increased the risk of an adoption breakdown.

It was the guardian’s view that there was not less security or permanence in long-term foster care.  The guardian saw a positive benefit arising from the extensive support available to foster carers on a scale which would not be available to adopters. The guardian was also concerned about the risk of adoption breakdown and the catastrophic impact such a breakdown would have on LC.

In her second judgment, the Recorder observed that:

“There is an uneasy tension between the competing needs for permanence, and the need for the children to remain part of a sibling group. There are powerful arguments in favour of adoption for LC, but I am conscious that this is an option of last resort, and I must explore all realistic alternatives available.”

The Recorder expressed her concern that the local authority had promoted the option of adoption for LC above all else due to her age rather than undertaking a careful, considered and evidence-based analysis of the pros and cons of adoption as against alternative options such as long-term foster care.  The Recorder found that LC had a need to maintain a bond, a link, and attachment with her family and a link to her cultural heritage, that her desire for that and the boys’ desire to continue to have LC as part of their family and the continuing need for all of the children to know their parents outweighed the benefits provided by adoption.

Accordingly, the Recorder granted care orders in respect of all three children but refused the application for a placement order with regard to LC.

The local authority’s main ground of appeal was that the Recorder had erred by failing to weigh the benefits and detriments of each of the realistic options for LC, providing inadequate consideration as to the benefits of adoption for LC distinct from her siblings and her heightened need to form secure and stable attachment. It was the local authority’s case that the Recorder had focused almost exclusively on the factor in s.1(4)(f) Adoption and Children Act 2002 (the relationship that the child has with relatives…) and failed to have sufficient regard to the other factors in the list.

In rejecting the appeal, the Court of Appeal accepted the local authority’s submission that a judge considering an application for a placement order is required by the Adoption and Children Act 2002 to have regard to all of the factors in the checklist in s.1(4) but rejected the submission that the Recorder had focused on one factor to the exclusion of the others.

The Court of Appeal acknowledged that for the Recorder it was the factors in s.1(4)(f) which were decisive in the case but held that it was hardly surprising that this should have been the focus of the Recorder’s analysis. At paragraphs 45 and 46 of its judgment the Court of Appeal said this:

“…it is quite clear that the test for severing the relationship between parent and child is very strict: only in exceptional circumstances and where motivated by overriding requirements pertaining to the child’s welfare, in short, where nothing else will do.”

Not infrequently one hears a local authority announce in care proceedings that its policy is to seek a placement order for a child under the age of 5 years if she can not be cared for by her parents or a connected person and being seemingly oblivious to the point that if such a policy existed it would be unlawful as it would be tantamount to a fetter on the discretion afforded by section 1 of the 2002 Act and an abrogation of the duty to consider the enhanced welfare checklist.

We should not be afraid to argue where the facts so dictate that the benefits to a young child of continuing her relationship with relatives outweigh the benefits of adoption.  In other words, we should not shy away from arguing that one size does not fit all. 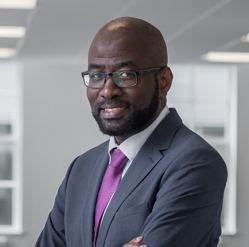