“21 Although planning inspectors, as persons appointed by the Secretary of State to determine appeals, are not acting as his delegates in any legal sense, but are required to exercise their own independent judgment, they are doing so within the framework of national policy as set by government. It is important, however, in assessing the effect of the Framework, not to overstate the scope of this policy-making role. The Framework itself makes clear that as respects the determination of planning applications (by contrast with plan-making in which it has statutory recognition), it is no more than “guidance” and as such a “material consideration” for the purposes of section 70(2) of the 1990 Act: see R (Cala Homes (South) Ltd) v Secretary of State for Communities and Local Government [2011] 1 P and CR 22 , para 50, per Lindblom J. It cannot, and does not purport to, displace the primacy given by the statute and policy to the statutory development plan. It must be exercised consistently with, and not so as to displace or distort, the statutory scheme.”

“If you are in an area where the unaffordability ratio is much higher you will have to build even more. It will be made clear to councils that this number is minimum, not a maximum”

6. There is no doubt but that considering OAN and fixing the housing “requirement” has dogged, bedevilled and seriously extended many a local plan independent examination. The LPEG recommendations and the CLG consultation in late 2017 both advocated a system for arriving at a ‘requirement’ figure that aimed to address this.  Have the draft revisions delivered?

“We are going to be breathing down your neck to make sure you are actually delivering on those numbers”.  “Nimby councils” “You’ve got to release it where people are demanding new homes” “The other thing we’ll introduce is the delivery test.” … Councils who fail to step up will be stripped of their right to decide what gets built in their areas, with decisions made by independent planning inspectors instead.

“Paragraphs 74(c), 75 and 77 set out the policy consequences of the new Housing Delivery Test. Footnote 29 proposes that from 2020, the presumption in favour of sustainable development will apply where delivery is below 75% of the authority’s housing requirement. The proposed threshold of 75% was announced at Budget 2017. The local government finance settlement technical consultation in September 2017 on New Homes Bonus revision, set out that the Government intends to go further in 2019-20. This could include linking payment of the bonus to the housing delivery test or the standard approach to local housing need. We would consult on any further changes to the bonus before proposed implementation in 2019-20.”

“For applications which include housing, paragraph 11d of this Framework will apply if the local planning authority cannot demonstrate a five-year supply of deliverable housing sites (with the appropriate buffer), or where the Housing Delivery Test indicates that delivery of housing has been substantially30 below the housing requirement over the previous three years.”

“Along that corridor there’s an opportunity to build at least four or five garden towns and villages with thousands of homes.”  “Cut through a lot of bureaucracy”

Key worker accommodation: “Our nurses, police officers and fire officers want to live as close as possible to where they serve the British public”.

Land-banking “We want planning permission to turn into homes” “I don’t think Oliver [Letwin] is going to hold back”. 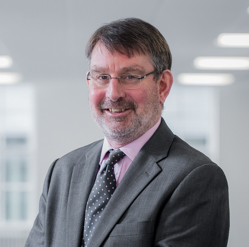