Moving Inevitably On: A Fixed Future on the Fast Track

Home > Media > Publications > Moving Inevitably On: A Fixed Future on the Fast Track

Although to all outward appearances the machinery of government appears to have ground to halt, fixated with only resolving that one conundrum with an outcome which is far from certain, the Ministry of Justice appears not only immune to the partial paralysis, but intends to give certainty in an uncertain world – at least the world of costs. Though delays abound, the inexorable march forward with Sir Rupert Jackson’s 2017 proposals continues.

On 28th March 2019, the MOJ consultation, pithily entitled, Extending Fixed Recoverable Costs in Civil Case: Implementing Sir Rupert Jackson’s Proposals, began. It ended on 6th June. For those impacted by the consultation, this document should be considered essential reading (https://consult.justice.gov.uk/digital-communications/fixed-recoverable-costs-consultation/supporting_documents/fixedrecoverablecostsconsultationpaper.pdf).

In its foreword, the then Lord Chancellor and Secretary of State for Justice noted the tension in undertaking the task of controlling legal costs in advance (in effect, cost reduction) by giving the nod to Sir Jackson’s own core objective:

As with many consultations, the frank intention is not to consider whether the figures proposed by Sir Jackson ought to be implemented, but merely on how they are to be implemented, with stakeholders (i.e. ‘all those interested in the costs of civil litigation in England and wales’) being asked relatively narrow questions, with evidence to be provided in support.

Before detailing the principal points of the paper, it is worth noting that, contrary to popular thought, clinical negligence cases are to be excluded from the proposals. This is due to the careful work of the Civil Justice Council. But before too great a sigh of relief is breathed, the exclusion is of limited effect, indeed, at the time of his introduction of the consultation, the Lord Chancellor noted with unveiled pleasure that, ‘…the devising [of] a bespoke process and grid of fixed recoverable costs for clinical negligence claims [with a value] up to £25,000…’ was already in progress. A similar approach was well advanced and in the Business and Property Courts, with a capped costs regime being piloted.

Sir Jackson recommended in 2016 the following:

Working backwards through the list, recommendations 4 and 5 were being implemented at time of the opening of the consultation, and the consultation did not need therefore to consider them further.

The MOJ rejected the extension of the Aarhus rules to all judicial review cases. This was Sir Rupert’s second attempt at broadening access to judicial review by removing the costs disincentive for unsuccessful applicants. His first was a proposal for the introduction of a Qualified One Way Cost regime to judicial review, which was quietly ignored by the then government. Extension of the principles of the Aarhus Convention would have resulted in a limit to successful respondent’s costs of c.£5,000 (£10,00 if the applicant was a corporate body), and unsuccessful respondent’s costs to c.£35,000. As the government has openly asserted that the majority of applications for judicial review are unmeritorious, it is perhaps unsurprising that Sir Jackson’s alternative route for redress was rejected.

The MOJ rejected the introduction of an intermediate track, but in name only, citing the unnecessary costs of doing so.

The resulting proposals are then as follows:

Extending FRC to all fast track matters was inevitable. Chapter 3 of the Consultation document sets out how that it is to be achieved. So too for NIHL loss claims (see chapter 4).

The oddity is the expansion of the fast track. According to the consultation proposal, cases which have a value of up to £100,000 and which last no longer than three days, are suitable for disposal in the new expand track. Rather than simply introducing a lower multi-track level costs regime, the authors of the consultation document have instead chosen to increase the value of claims entering the fast track. Nothing much turns on the point if the net recoverable costs remain the same, but it is difficult to accept that classical multi-track cases (perhaps most multi-track cases which are presently tried), are to be reclassified as fast track matters. A complex three day trial, can hardly be considered ‘fast’.

The consultation has reduced all claims to Fee Bands based on criteria of value, nature, complexity and trial duration.

For the standard fast track case, there are four complexity bands, which entirely determine the costs at each stage. Into which category any given claim will fall, is ascertained by reference to Sir Jackson 2017 Report. In broad terms, they are:

Band 4: Complex tracked possession claims, professional negligence claims, property disputes, ELD claims (not including NIHL), and other claims at or toward the top of the fast track (i.e. the present £25,000 ‘limit’).

For the intermediate fast track case, there are again four complexity bands, which entirely determine the costs at each stage. Into which category any given claim will fall, is ascertained by reference to Sir Jackson 2017 Report. In broad terms, they are:

Band 1: simple claims, just over the standard fast track limit, where the trial will not likely exceed a day;

Band 2: the normal band for intermediate cases, with somewhat more complex cases going into band 3 - the other normal band;

Band 3: the normal band for more complex cases than band 2;

Band 4: Complex claims, where serious issues of fact and/or law are likely to be considered, and where the case is likely to last three days.

Regrettably, though the future is fixed for the cases noted briefly here, the consultation makes it plain that the review of costs is far from over. Where this will end is far from certain. Perhaps there will be another twenty years before the process embarked upon in 1999 reaches its end. 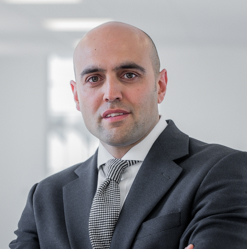