On the 18th July, 2018, the Supreme Court determined that the Court of Appeal erred in increasing Ms Mills’ (hereafter ‘W’) periodical payments from £13,200 to £17,292 – the increase of £4,092 being the deficit in W’s ‘Needs Budget’ prepared for the substantive application to vary her periodical payments upwards; her ‘needs’ including her costs of renting a property when capital provision had been settled to meet her housing need.

In 2002, at the conclusion of an approximately 15 year marriage, the parties entered into a Consent Order which provided to the W £230,000 (over 90% of the marital assets) to meet her housing need and periodical payments without term for £13,200. The W had since made a series of ‘unwise’ property purchases which resulted in her having no capital and living in rental accommodation by 2015. Mr Mills (hereafter ‘H’) applied to vary or discharge the periodical payments and W cross applied to increase them.

His Honour Judge Everall QC dismissed both applications such that the previous periodical payments order remained in place. He did not find the W to have been wanton or profligate, indeed, it was ‘reasonable for her to be ambitious and secure a mortgage’. Despite the deficit in her budget and the H’s ability to pay said deficit, the judge said: - ‘The Wife will have to adjust her expenditure to live within her means.’ Further, it was  ‘… fair that the husband’s contribution to the wife’s housing needs should not include a full contribution to her housing costs.’ Thus, deciding that the H should still pay some of W’s housing needs – the H had argued that the entire amount of rent should be excluded.

Sir Ernest Ryder, President of Tribunals, gave the judgment of the Court of Appeal on the W’s appeal to increase the payments upward, with which Longmore LJ concurred. The H had withdrawn his application for an oral hearing after misunderstanding that the W had done the same. The H attempted to seek permission to appeal at the hearing, sadly, the Court of Appeal declined to hear the application determining the H’s substantive appeal was without merit – it had no prospect of success.The Court of Appeal found that the First Instance judge had not given reasons to explain how or why the accepted deficit, coupled with the H’s ability to pay, ought not to be paid; particularly in the context of no findings of wanton or reckless financial mismanagement on her part. Accordingly, the W’s appeal was allowed and the periodical payments were increased by the amount of the deficit.

In accordance with statute – Matrimonial Causes Act 1973 - an application to vary requires the court to consider all the circumstances afresh. It is bound to undertake a full re-assessment of all the circumstances and to achieve a fair result for both parties by considering the criteria at Section 25 (1) and (2). An application involves the duty of the court to consider whether termination of payments can be achieved so as to give effect to a ‘clean break’ in accordance with Section 25A – that may be via capitalisation of periodical payments after consideration of the term; if possible without incurring undue hardship.

The Court will look into the reason and purpose of the originating order. This is important in order to determine whether there can properly be any variation of the same. The standard of living may be part of the consideration – in respect of either application to increase or decrease. Choices made by the parties are also important considerations – as is clear within the case law cited by the Supreme Court. The Court is constantly searching for fairness and as per Thorpe LJ in North – ‘there are two faces to fairness’ fairness to the payer and payee.

The statute sets out the following regarding applications to vary: -

A periodical payments order without a term continues until either the payee remarries of the payee/er dies or if there is a further order. The payer, usually, being in the better position to afford to return matters to court.

In June, 2018 the Supreme Court heard the H’s appeal. This was an eagerly awaited judgment about which much comment and speculation ensued – said commentary regularly referring to the W’s position as being ‘a meal ticket for life’; the current ‘climate’ – Private Member’s Bills and authorities - being for term orders and a swift move away from any dependency/maintenance. In respect of reference to periodical payments to spouses without term being referred to as ‘meal tickets for life’ the Supreme Court via Lord Wilson at paragraph 25 had this to say: -

‘Although the open-ended basis does not specify a fixed term for the life of the order, the circumstances which it identifies as bringing to an end, in particular the potential for a further order ending it at any time, show how misleading … it is for some non-lawyers to describe the order as a meal ticket for life.’

The appeal, however, was narrowed such that the only issue before the Supreme Court was whether or not in circumstances where a payee has been awarded capital which meets  housing needs but then exhausts said capital via a series of unwise transactions and thus ‘develops a need’ to pay rent, ‘ is the court entitled to decline to increase the order for the husband to make periodical payments to her so as to fund all (or perhaps even any) of her rent even if he could afford to do so?

‘Yes’ says the Supreme Court, the court is so entitled. The judgment adroitly sets out the law as it already stands and answers the abovementioned question in the affirmative making reference to the statute – Section 31(1) and (7) of the Matrimonial Causes Act – and to three ‘correctly decided’ Court of Appeal authorities: Pearce v Pearce [2003] EWCA Civ 1054;  North v North [2007] EWCA Civ 760 and Yates v Yates [2012] EWCA Civ 532.

The Supreme Court made it plain that the Court of Appeal was wrong to interfere in the exercise of discretion of the First Instance judge – HHJ Erksall QC – the judge had exercised his discretion in accordance with the statute and ‘clear Court of Appeal’ authorities and had, moreover, given ‘clear reason’ for his decision.

Lord Wilson, gave the leading judgment with which all agreed - Lady Hale, President; Lord Carnwath; Lord Hughes and Lord Hodge – and made the following comments about the ‘impromptu’ decision in the Court of Appeal – Sir Ernest Ryder and Longmore LJ: -

‘With the greatest of respect to the Court of Appeal, and with (I believe) a full appreciation of the heavy work-load under which it currently labours, it erred in saying that the judge had given no reason for declining to increase the order for periodical payments so as to enable the wife to meet all her basic needs. The judge gave a clear reason …’

Lord Wilson then went on to set out the ‘clear Court of Appeal’ authorities – Pearce, North and Yates - which all involved circumstances where capital provision for housing needs had been previously settled yet applications in respect of the periodical payments included provision/payment for housing need, in the context of the payees having suffered financial losses as a result of the decisions they took with said capital. The Court of Appeal, in all three cases, took the view that it would be unfair for the payer to act effectively as a free insurer against those risks the payees took. Consequently, the payees’ respective costs of housing should not form part of a budget/calculation in respect of periodical payments. To do otherwise was a clear unfairness to the H.

As mentioned above, the Supreme Court judgment sets out the law as it already stands. It does however, emphasise that ‘the Court of Appeal has expressed itself in forceful terms …’ and that if a case is decided in a way that is contrary to the abovementioned authorities, in similar contexts, the court ‘would need to give very good reasons for requiring a spouse to fund payment of the of the other spouse’s rent…’.

One might reasonably ponder, in the face of such clear authority, how it is that any of the W’s housing costs were permitted to be factored into the budget in the originating cross application and consequently, underpin the decision of HHJ Everall QC at First Instance. The effect being that H still has to pay, as per Lord Wilson at paragraph 22, for ‘…£6,108 towards the rent, or 60% of it.’ The answer must lie in the wide discretion afforded to the court pursuant to statute, the case law abovementioned and with this judgment, on this narrow question, confirming the court is ‘entitled’ not ‘obliged’ to decline to require the payer to pay the payee costs of housing need if those needs have already been met via capital settlement.

There was no finding in these proceedings that the W had been wanton or profligate. She had the care of the parties’ eight year old son since separation, who was at that time in private education (it is not clear how this was being funded). At settlement in 2002, the H maintained 100% of two surveying properties – there had been no value for such businesses provided. In 2014, at the time of his application to vary, the H’s business was struggling but likely to ‘thrive’ by 2025.

Although, there are aspects of the facts of the W’s case which are unattractive and the current position in terms of H continuing to be obliged to pay the majority of her housing costs is ostensibly unpalatable, neither this circumstance nor the law supporting it mean that periodical payment orders without a term are a ‘meal ticket for life.’ The discretion afforded to the court is necessary in the myriad set of circumstances in which the court has to find fairness. The concluding words of Lord Wilson are apposite: -

A ‘meal ticket for life?’ – evidently not. 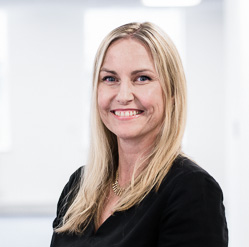