Rosemary Lodge Developments Ltd (“RLD”) sought to resist enforcement of an Adjudicator’s decision dated 22 November 2018 (the “Decision”) on the basis that the Decision had been reached by the Adjudicator in breach of natural justice.  The Technology & Construction Court Judge, Mrs Justice Jefford, confirmed that when alleging that a breach of natural justice has occurred, it is necessary to establish that the breach is more than peripheral; it must be material

"…. I conclude as follows in relation to breaches of natural justice in adjudication cases:

(a) it must first be established that the Adjudicator failed to apply the rules of natural justice;

(b) any breach of the rules must be more than peripheral; they must be material breaches;

(c) breaches of the rules will be material in cases where the Adjudicator has failed to bring to the attention of the parties a point or issue which they ought to be given the opportunity to comment upon if it is one which is either decisive or of considerable importance to the outcome of the resolution of the dispute and is not peripheral or irrelevant ….."

In the adjudication the position of J J Rhatigan & Co (UK) Ltd (“Rhatigan”) was that a valuation of £8.6m had been agreed at a meeting on 30 May 2018 and this contention was supported by witness statements from two of its representatives who attended the meeting.

In its Reply, RLD contended that written contemporaneous evidence made it clear that no agreement could have been reached pending the execution of a deed.  RLD’s surrejoinder also included a number of witness statements dealing with the meeting.  Only one of these (the statement of Mr Morgan), however, contended that RLD had made it clear at the meeting that it would be up to its funders to decide whether or not there could be an agreement on valuation.

In the Decision the Adjudicator found that the figure of £8.6m had been agreed at the meeting on 30 May - leaving a balance due of £1.7m.  The Adjudicator did not think the absence of an executed deed of variation detracted from the binding nature of the oral agreement reached at the meeting.

The Decision included the statement that the Adjudicator had “carefully considered all the evidence and submissions although not specifically referred to in this Decision”.  The Adjudicator confirmed he had confined his explanations to the essentials only.  There was no dispute between the Parties that the statement appeared to be a “pro forma” paragraph in the Decision.  Notwithstanding the nature of the statement, the Judge noted that the fact that a paragraph is a standard paragraph does not mean that it is not true and accurate.

In the Decision, the Adjudicator expressly referenced the witness statements provided by four of the witnesses but made no mention of Mr Morgan’s evidence.

Rhatigan commenced enforcement proceedings.  RLD contended that a material breach of natural justice had occurred where the Adjudicator had failed to deal with the potentially determinative argument that there had been no intention to enter into legal relations.  RLD further contended that by seemingly ignoring Mr Morgan’s witness statement, the Adjudicator had failed to deal in its entirety with this key defence.

The Judge was prepared to accept that RLD would have a real prospect of successfully arguing that the Adjudicator overlooked the witness statement.  However, she reasoned that was not the relevant issue.  What was relevant was whether RLD had a real prospect of defending the claim to enforce the Decision - and that turned on whether the Adjudicator had failed to address a key defence to the extent that gave rise to a breach of natural justice.

The Judge did not consider that this was the case here.  The Adjudicator’s disregard of Mr Morgan’s statement did not amount to a failure to address a key defence tantamount to a breach of natural justice.

The three reasons given for this decision are as follows:

Despite the frequency with which natural justice arguments crop up in adjudication, the number of cases in which they are successful remains very small – and this case further reinforces the difficulty of resisting enforcement on such grounds.

Even when a Decision is obvious that a discrete element of the evidence has been overlooked, this in itself may not be enough to show a material breach of natural justice. The court must still consider if there is a real prospect of defending the claim to enforce the decision.   In this case, the Adjudicator’s omission was an error - but not one that would have affected the outcome of the adjudication. 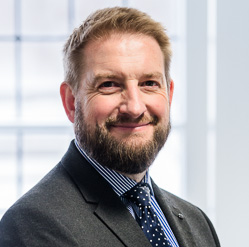 Nobody Asked For Your Opinion: The new regime for witness statements under PD 57AC
On 6 April 2021 those practicing in the Business and Property Court will become subject to significantly more stringent requirements...