In the Line of Duty: Whistleblowing Protection for Anti-Corruption Police Officers

The EAT has recently handed down judgment in Aston and ors v Chief Constable of Greater Manchester Police, concerning three police officers who investigated a cover-up of a fellow officer’s wrongdoing by senior officers and met resistance and hostility from those higher up the chain of command.

DI Aston, PS Schofield and PC Byrne were on duty when a GMP officer was brought in on charges of shoplifting and common assault against a security guard. The Claimants’ investigations led them to suspect that other, more senior members of GMP had perverted the court of justice in various ways, including by preventing the police sergeant from being taken into custody and seeking to get the case dropped.

Following the investigation, the Claimants were promised an exit strategy to ensure that they would not face reprisals. No such strategy materialised. They were also the subject of disparaging press statements, including one from the Deputy Chief Constable, the second highest-ranked officer in GMP.

The Claimants brought a case alleging whistleblowing detriment for 26 different detriments and argued that the reports made as part of their anti-corruption investigation amounted to protected disclosures. The case focused on the application of the EAT guidance in Blackbay Ventures Ltd v Gahir [2014] ICR 747 to this unique set of circumstances.

The Claimants succeeded in their claims. The Employment Tribunal found that, following Blackbay, they needed to be satisfied that when the detriment occurred, the perpetrator was aware that the victim had made a disclosure and that this had a more than trivial influence on their reason for acting or failing to act as they did. Identifying the precise disclosure which motivated each detriment would be an artificial exercise in the circumstances.

GMP challenged this approach on appeal, arguing that Blackbay required the Employment Tribunal to pinpoint the disclosure that had motivated each detriment and that it had taken too general an approach to its findings on causation.

The EAT (Stacey J presiding) rejected the appeal. It held that the ET had had the guidance from Blackbay in mind and had applied it correctly in respect of each detriment. Specifically, they analysed the ground for the act complained of, the person’s knowledge of the disclosure, who had made which protected disclosure and whether the detriment in question was before or after the protected disclosure. Further, they discounted disclosures that did not qualify for protection under the statute.

The EAT’s decision in Aston and ors affirms that the Blackbay approach permits a pragmatic analysis in complex cases with multiple disclosures, recipients and detriments. Further, Aston and ors underlines that police officers making qualifying disclosures as part of their ordinary duties during criminal investigations are likely to be protected by whistleblowing legislation.

Alice Beech is a second six pupil in the Employment group. She assisted Jack Feeny with the appeal in Aston and ors during her first six. 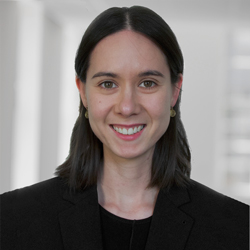 The Sewell Report and the Meaning of Institutional Racism
Oliver Lawrence examines the approach taken by the Sewell report to the concept of institutional racism...


Date: Tue, 13 Jul 2021
Neurodiverse employees: “Don’t ask, don’t tell?”
Consider the dilemma. An employer is struggling to manage an employee, whom it suspects may have autism....