Litigation is often personal. Parties will often know one another prior to commencing proceedings. But, it is rarely the case, that litigation – let alone a raft of separate proceedings – will arise, purely it might seem, as a personal vendetta. ‘Vendetta’ is the word that Mr Justice Males used in his judgment in Bluebird Productions Ltd v Eustace [2014] EWHC 1095 (QB) [27] (“Bluebird”).

Mr Baxendale-Walker was, previously, in a relationship with Mr and Mrs Hall’s daughter, Ms Eustace. When Lord Justice Pitchford heard the appeal of Bluebird, brought effectively by Mr Baxendale-Walker, he said this:

The judge found that Mr Baxendale-Walker was in pursuit of his personal interest to do with the relationship that had formerly existed between himself and Ms Eustace, bringing proceedings against her through what was effectively a multiplicity of nominees with the intention of ensuring that even if she was successful in her defence, she would nevertheless be ruined…  ([2015] EWCA Civ 423)

The most recently reported decision of Hawk Recovery Ltd is the newest chapter in this saga. The Claimant sought repayment or tracing of a sum (“the Claim”) which had been used to purchase a residential property (“the Property”). The Property is Mr and Mrs Hall’s home. The creditor was alleged to be the assignee of the rights of action to pursue the sum.

Following Mr and Mrs Hall’s failure to execute the Form TR1 in accordance with Deputy Master Mark’s order, the Claimant issued an application for orders that i) the trustee in bankruptcy ben joined and that he be ordered to execute the Form TR1 and, that, ii) the Defendants give up possession of the Property (“the Second Application”). Master Matthews heard the Second Application – he dismissed it. Master Matthews held that the legal title to the Property was still vested in Mr and Mrs Hall as trustees and, given the Deputy Master’s order, the trustee in bankruptcy had no interest in it whether legal or equitable. The Claimant, too, was given permission to appeal.

Further, the Claimant drew attention to the outstanding bankruptcy debt.

Mr and Mrs Hall alleged that a family member was willing to pay the £75,000 costs order. The Defendants declined to provide any further details – the reason, they said, being their fear that the family member would fall prey to Mr Baxendale-Walker’s ‘dirty tricks’. In his judgment, Master Matthews explained that he understood the Defendants’ concerns.

Given all of the above, Master Matthews declined to grant the Third Application. He decided that the greater justice was achieved by allowing Mr and Mrs Hall to remain in possession of the Property, their home. The harm, he decided, to Mr and Mrs Hall in ordering sale now, if they were ultimately successful on appeal, would be much greater than any harm caused to the Claimant in not ordering sale. 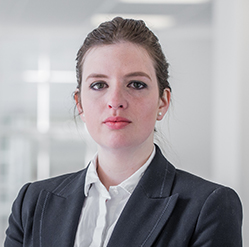 
Date: Wed, 03 Aug 2022
MA (Pakistan)-v-SSHD [2019] EWCA Civ 1252
An appellant whose appeal against deportation on human right grounds failed in the Court of Appeal and following the refusal of leave to appeal from the Supreme Court nevertheless succeeded in obtaining leave to remain from the UK Government after making a complaint to the Strasbourg Court....